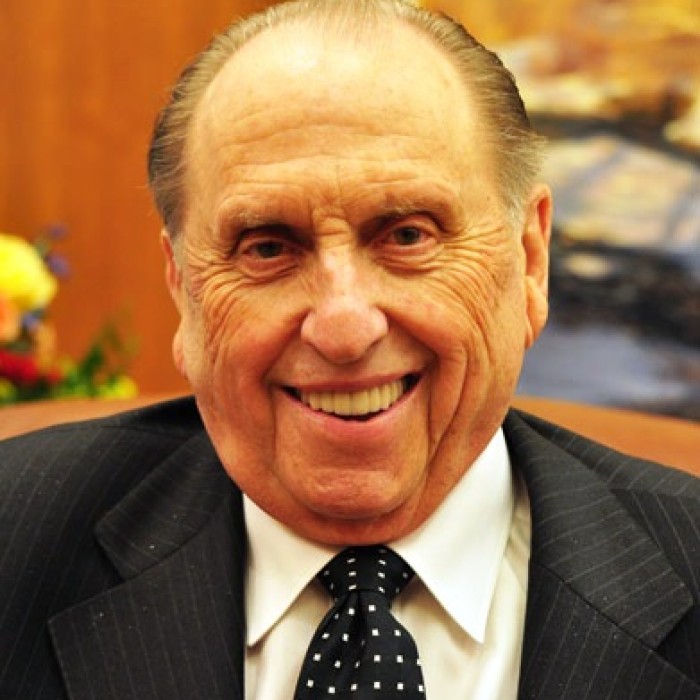 Thomas Spencer Monson (born August 21, 1927) is an American religious leader, author, and the sixteenth and current President of The Church of Jesus Christ of Latter-day Saints (LDS Church). As president, Monson is considered by adherents of the religion to be a "prophet, seer, and revelator." A printer by trade, Monson has spent most of his life engaged in various church leadership positions and public service.

Monson is chairman of the Boards of Trustees/Education of the Church Educational System, and Ronald Reagan appointed him to the U.S. President's Task Force for Private Sector Initiatives. Monson married Frances Beverly Monson (née Johnson) in the Salt Lake Temple in 1948 and they are parents to three children. Frances Monson died on May 17, 2013.

On May 23, 2017, the LDS Church stated that Monson was no longer attending meetings at the church's offices on a regular basis, due to his health.