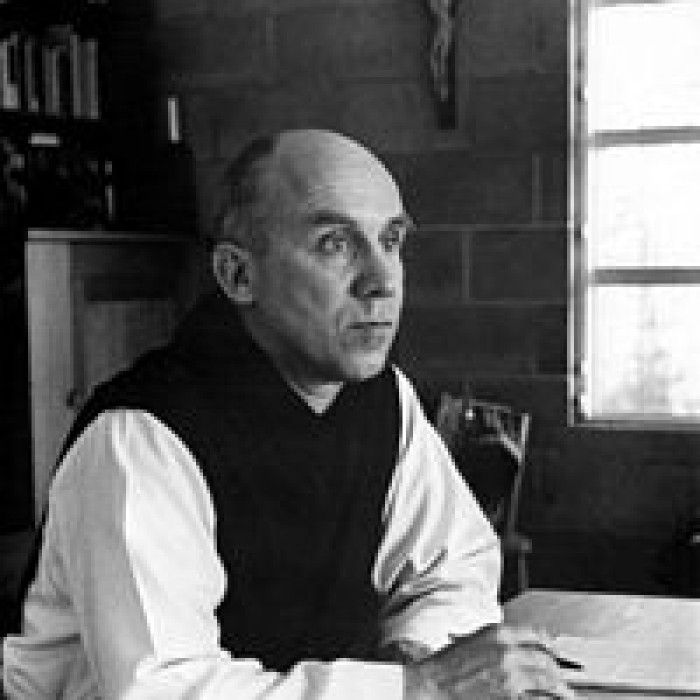 Thomas Merton  , (January 31, 1915 – December 10, 1968) was an American Catholic writer, theologian and mystic. A Trappist monk of the Abbey of Gethsemani, Kentucky, he was a poet, social activist, and student of comparative religion. In 1949, he was ordained to the priesthood and given the name Father Louis.

Merton wrote more than 70 books, mostly on spirituality, social justice and a quiet pacifism, as well as scores of essays and reviews. Among Merton's most enduring works is his best selling autobiography The Seven Storey Mountain (1948), which sent scores of World War II veterans, students, and even teenagers flocking to monasteries across the US, and was also featured in National Review's list of the 100 best non-fiction books of the century.

Merton was a keen proponent of interfaith understanding. He pioneered dialogue with prominent Asian spiritual figures, including the Dalai Lama, the Japanese writer D.T. Suzuki, the Thai Buddhist monk Buddhadasa, and the Vietnamese monk Thich Nhat Hanh, and authored books on Zen Buddhism and Taoism. In the years since his death, Merton has been the subject of several biographies.

On December 10, 1941, Thomas Merton arrived at the Abbey of Gethsemani and spent three days at the monastery guest house, waiting for acceptance into the Order. The novice master would come to interview Merton, gauging his sincerity and qualifications. In the interim, Merton was put to work polishing floors and scrubbing dishes. On December 13 he was accepted into the monastery as a postulant by Dom Frederic Dunne, Gethsemani's Father Abbot since 1935.

At the end of 1968, the new abbot, the Reverend Flavian Burns, allowed him the freedom to undertake a tour of Asia, during which he met the Dalai Lama in India on three occasions, and also the Tibetan Buddhist Dzogchen master, Chatral Rinpoche, followed by a solitary retreat near Darjeeling, India.

In Darjeeling, he befriended Tsewang Yishey Pemba, a prominent member of the Tibetan community. Then, in what was to be his final letter, he noted, "In my contacts with these new friends, I also feel a consolation in my own faith in Christ and in his dwelling presence. I hope and believe he may be present in the hearts of all of us."