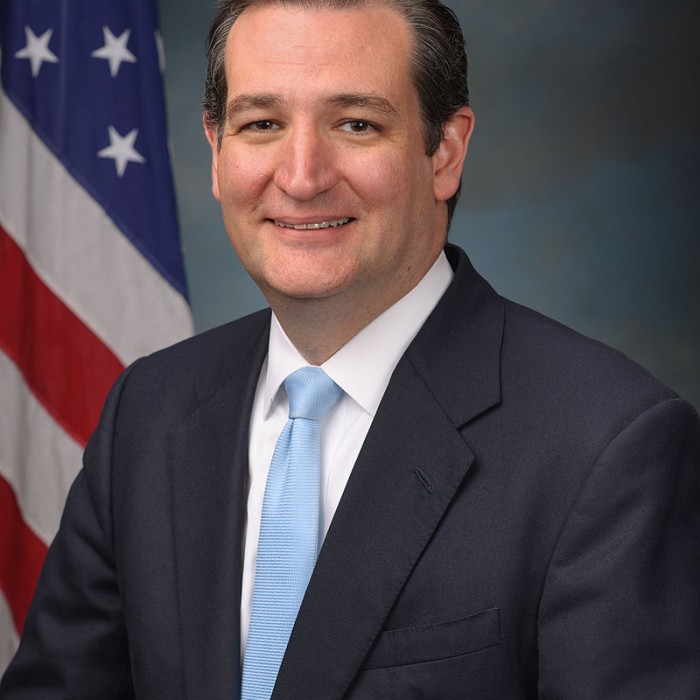 Rafael Edward "Ted" Cruz (born December 22, 1970) is an American politician and attorney, who has served as the junior United States Senator from Texas since 2013. He was a candidate for the Republican nomination for President of the United States in the 2016 election.

Cruz graduated from Princeton University, New Jersey, in 1992, and from Harvard Law School, Massachusetts, in 1995. From 1999 to 2003, he served in various political appointee positions: the Director of the Office of Policy Planning at the Federal Trade Commission (FTC), an Associate Deputy Attorney General at the United States Department of Justice, and a Domestic Policy Advisor to George W. Bush on the 2000 George W. Bush Presidential campaign.

Cruz served as Solicitor General of Texas, from 2003 to 2008, appointed by Texas Attorney General, Greg Abbott. He was the first Hispanic, and the longest-serving, Solicitor General in Texas history. From 2004 to 2009, Cruz was an Adjunct Professor at the University of Texas School of Law in Austin, Texas, where he taught U.S. Supreme Court litigation.

Cruz ran for the Senate seat vacated by fellow Republican Kay Bailey Hutchison and, in July 2012, defeated Lieutenant Governor David Dewhurst during the Republican primary runoff, 57–43%. He defeated former State Representative Paul Sadler in the November 2012 general election, winning 56–41%. He is the first Hispanic American to serve as a U.S. Senator representing Texas, and is one of three senators of Cuban descent. He chairs the Senate Judiciary Subcommittee on Oversight, Federal Rights and Agency Activities, and is the Chairman of the Senate Commerce Subcommittee on Space, Science and Competitiveness. In November 2012, he was appointed Vice-Chairman of the National Republican Senatorial Committee.

Cruz began campaigning for the Republican presidential nomination in March 2015. During the primary campaign, his base of support was strongest with "women, white evangelical Protestants, people over the age of 50, and those who identified themselves as conservatives", though he had crossover appeal to other factions within his party, including libertarian conservatives and millennials.

Cruz's victory in the February 2016 Iowa caucuses marked the first time a Hispanic person won a U.S. presidential caucus or primary. He eventually emerged as the main challenger to frontrunner Donald Trump. He suspended his campaign for president on May 3, 2016, after losing the Republican primary in Indiana to Trump.