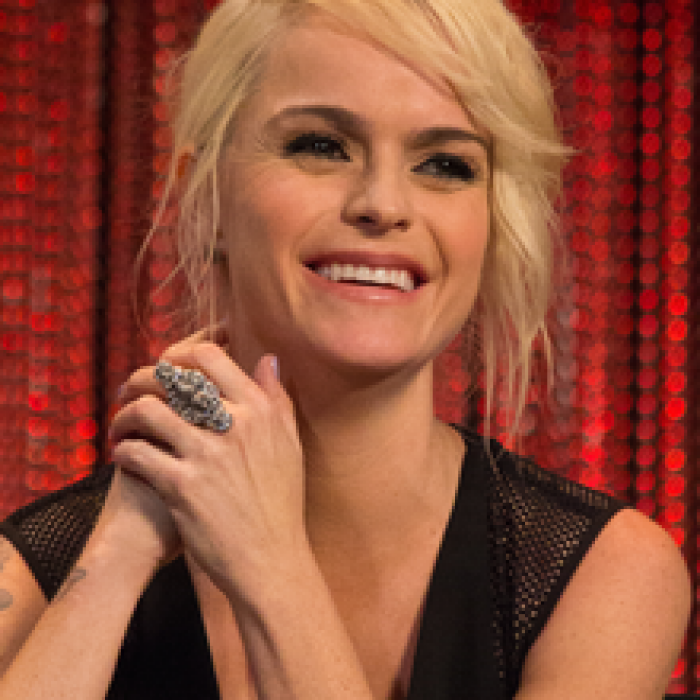 Taryn Manning (born November 6, 1978) is an American actress, singer-songwriter, and fashion designer. Manning made her film debut in the teen drama Crazy/Beautiful (2001), followed by a lead part opposite Britney Spears in Crossroads (2002), which garnered her mainstream attention. She then appeared in 8 Mile (2002), White Oleander (2002), A Lot Like Love (2005), and Hustle & Flow (2005). Manning has also had recurring roles in television on Sons of Anarchy and Hawaii Five-0, and plays the role of Tiffany "Pennsatucky" Doggett in the Netflix original series Orange Is the New Black.

Manning is the vocalist for the electronic duo Boomkat, and is also a co-owner of the clothing brand Born Uniqorn.

Manning began acting in the late 1990s, appearing in small roles in several film and television productions, including episodes of The Practice, Get Real, Speedway Junky, NYPD Blue and Popular. She also made a guest-appearance on the TV series Boston Public, in a role that was specifically written for her.

In 1999, she was featured in an independent film called Speedway Junky. She also auditioned for the American version of Popstars, which aired in early 2001 on The WB.

She made her film debut with a part in the romantic drama Crazy/Beautiful, which was followed by a role in the 2002 feature film Crossroads, where she played one of two best friends of singer Britney Spears. She appeared in 8 Mile as B-Rabbit's ex-girlfriend, Janeane, and in Peter Kosminksy's White Oleander.

Along with supporting roles in the films Lucky 13 and Debating Robert Lee, Manning appeared briefly in Anthony Minghella's Civil War melodrama Cold Mountain (2003) and in the romantic comedy A Lot Like Love (2005).