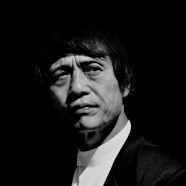 Taddo Ando (Born semptember 13, 1941 -in OSAKA-Japan), he is a japanese architect and the pinnacle of success in his own country, in the  last few years ;he has emerged as a cultural force in the world entirely as well.

- The approach of Taddo Ando to architecture and landscape was categorized by  architectural historian  "Francesco Dal Co " as "critical  regionalism" so in a summary  he is an architecte and an associates .

-In 1995, Ando won the Pritzker Prize for architecture  and he considered  the highest  distinction in the feild, he won also a Gold Medal of architecture in 1989-France, "Royal Gold Medal " in 1997-Great Britain and more ofmore  awards in the world  entirely.