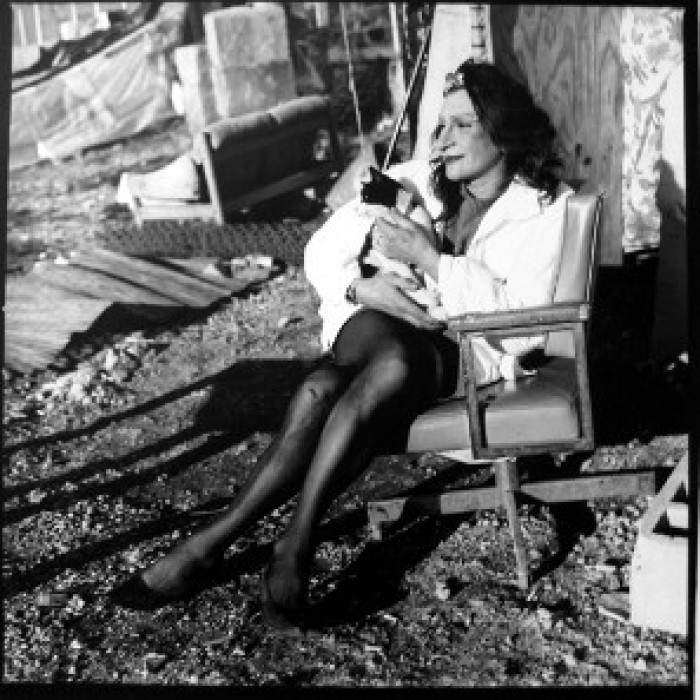 Sylvia Rae Rivera (July 2, 1951 – February 19, 2002) was an American gay liberation and transgender activist and drag queen. She was a founding member of both the Gay Liberation Front and the Gay Activists Alliance. With her close friend Marsha P. Johnson, Rivera co-founded the Street Transvestite Action Revolutionaries (STAR), a group dedicated to helping homeless young drag queens and trans women of color.

Rivera's activism began during the Civil Rights Movement and continued through the anti-war movement during the Vietnam war (mid-1960s) and second-wave feminist movements (mid-1960's). Rivera stated she was a regular patron of the Stonewall Inn and that she was present during the Stonewall Riots in 1969, when gay men, lesbians, bisexual people, drag queens, street people and trans people rose up against what started as a routine raid by the police.

At least one Stonewall historian, David Carter, has questioned Rivera's links with the Stonewall Inn and the protests based on contradictory statements she made as well as testimony relayed to him by early gay rights activists, including Marsha P. Johnson who denied Rivera was present at the riots. Rivera also became involved in Puerto Rican and African American youth activism, particularly with the Young Lords and Black Panthers.

At different times in her life, Rivera battled substance abuse and lived on the streets, largely in the gay homeless community at the Christopher Street docks. Her experiences made her more focused on advocacy for those who, in her view, mainstream society and the assimilationist sectors of the lesbian, gay, bisexual, and transgender (LGBT/queer) communities were leaving behind.

At a 1973 Gay liberation rally in New York City, Rivera, representing STAR, gave a brief speech from the main stage. In it she called out the heterosexual males who were preying on vulnerable members of the community. Rivera espoused what could be seen as a third gender perspective, saying that LGBT prisoners seeking help, "do not write women. They do not write men.

They write to STAR." At the same event, Rivera and fellow queen Lee Brewster jumped onstage during feminist activist Jean O'Leary's speech and shouted "You go to bars because of what drag queens did for you, and these bitches tell us to quit being ourselves!”

In early July 1992, shortly after the 1992 New York City Pride March, Rivera's close friend Marsha P. Johnson was found dead floating in the Hudson River off the West Village Piers. Police promptly ruled Johnson's death a suicide, despite the presence of a head wound on the body. Johnson's friends and supporters, Rivera included, insisted Johnson had not been suicidal, and a people's postering campaign later declared that Johnson had earlier been harassed near the spot where her body was found.

In May 1995, Rivera tried to commit suicide by walking into the Hudson River. That year she also appeared in the Arthur Dong documentary episode "Out Rage '69", part of the PBS series The Question of Equality, and gave an extensive interview to Gay journalist Randy Wicker. In the interview she discusses her suicide attempts, Johnson's life and death, and her advocacy for the poor and working class gays made homeless by the AIDS crisis.