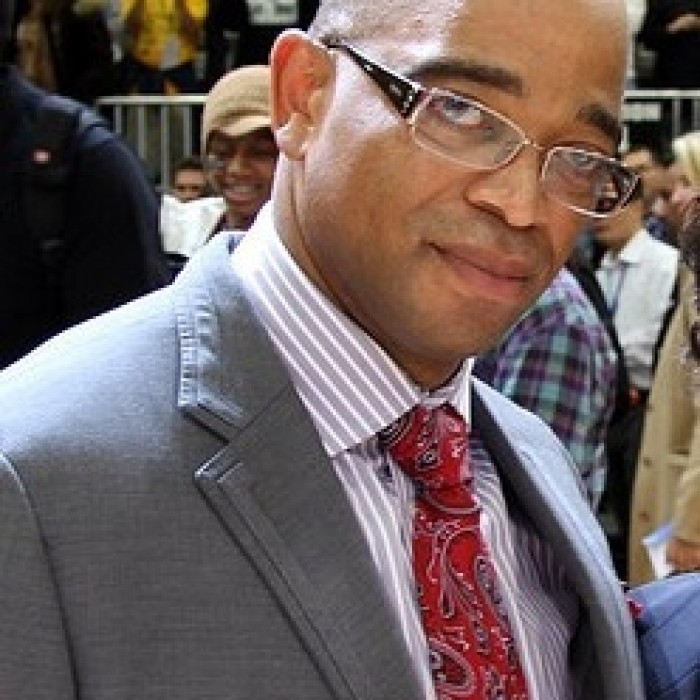 Stuart Orlando Scott (July 19, 1965 – January 4, 2015) was an American sportscaster and anchor on ESPN, most notably on SportsCenter. Well known for his hip-hop style and use of catchphrases, Scott was also a regular for the network in its National Basketball Association (NBA) and the National Football League (NFL) coverage.

Scott grew up in North Carolina, and graduated from the University of North Carolina at Chapel Hill. He began his career with various local television stations before joining ESPN in 1993. Although there were already accomplished African-American sportscasters, his blending of hip hop with sportscasting was unique for television. By 2008, he was a staple in ESPN's programming, and also began on ABC as lead host for their coverage of the NBA.

In 2007, Scott had an appendectomy and learned that his appendix was cancerous.[2] After going into remission, he was again diagnosed with cancer in 2011 and 2013. Scott was honored at the ESPY Awards in 2014 with the Jimmy V Award for his fight against cancer, less than six months before his death in 2015 at the age of 49.

ESPN president John Skipper said Scott's flair and style, which he used to talk about the athletes he was covering, "changed everything.

"Fellow ESPN Anchor, Stan Verrett, said he was a trailblazer: "not only because he was black – obviously black – but because of his style, his demeanor, his presentation. He did not shy away from the fact that he was a black man, and that allowed the rest of us who came along to just be ourselves."He became a role model for African-American sports journalists.