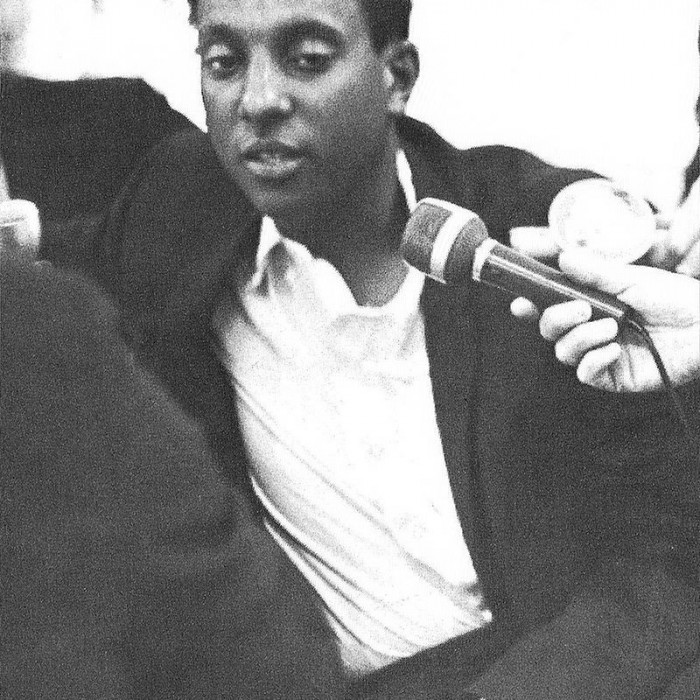 Kwame Ture (born Stokely Carmichael, (June 29, 1941 – November 15, 1998) was a Trinidadian-American who became a prominent figure in the Civil Rights Movement and the global Pan-African movement. He grew up in the United States from the age of 11 and became an activist while he attended Howard University.

He would eventually become active in the Black Power movement, first as a leader of the Student Nonviolent Coordinating Committee (SNCC), later as the "Honorary Prime Minister" of the Black Panther Party (BPP), and finally as a leader of the All-African People's Revolutionary Party (A-APRP).

Kwame Ture, along with Charles V. Hamilton, is credited with coining the phrase "institutional racism"---defined as racism that occurs through institutions such as public bodies and corporations, including universities. In the late 1960s Ture defined "institutional racism" as "the collective failure of an organization to provide an appropriate and professional service to people because of their color, culture or ethnic origin."

In his book on Carmichael, David J. Garrow criticized Ture's handling of the Black Power movement as "more destructive than constructive." Garrow described the period in 1966 where Ture and other members of the SNCC managed to successfully register 2,600 African American voters in Lowndes County, Alabama, as the most consequential period in Ture's life "in terms of real, positive, tangible influence on people's lives."

Evaluations from Ture's associates are also mixed, with most praising his efforts and others criticizing him for failing to find constructive ways to achieve his objectives. SNCC's final Chair, Phil Hutchings, who expelled Ture over a dispute concerning the Black Panther Party, wrote that, "Even though we kidded and called him 'Starmichael,' he could sublimate his ego to get done what was needed to be done....He would say what he thought, and you could disagree with it but you wouldn't cease being a human being and someone with whom he wanted to be in relationship."

It spoke truth to power to what so many millions of young people were feeling. It actually cast a light on people who were in prisons, people who were welfare rights activists, tenants' rights activists, and also in the international arena." Tavis Smiley calls Ture "one of the most underappreciated, misunderstood, undervalued personalities this country's ever produced."

In 2002, the American-born scholar Molefi Kete Asante listed Kwame Ture as one of his 100 Greatest African Americans.