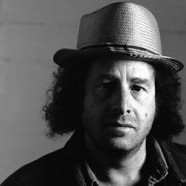 Steven Alexander Wright is an American comedian, actor, writer, and an Oscar-winning film producer. He is known for his distinctly lethargic voice and slow, deadpan delivery of ironic, philosophical, and sometimes nonsensical jokes, paraprosdokians, non sequiturs, anti-humor, and one-liners with contrived situations.

Wright was ranked as the twenty-third greatest comedian by Comedy Central in a list of the 100 greatest stand-up comics. He was awarded the Academy Award for Best Live Action Short Film for his 1988 short film The Appointments of Dennis Jennings.