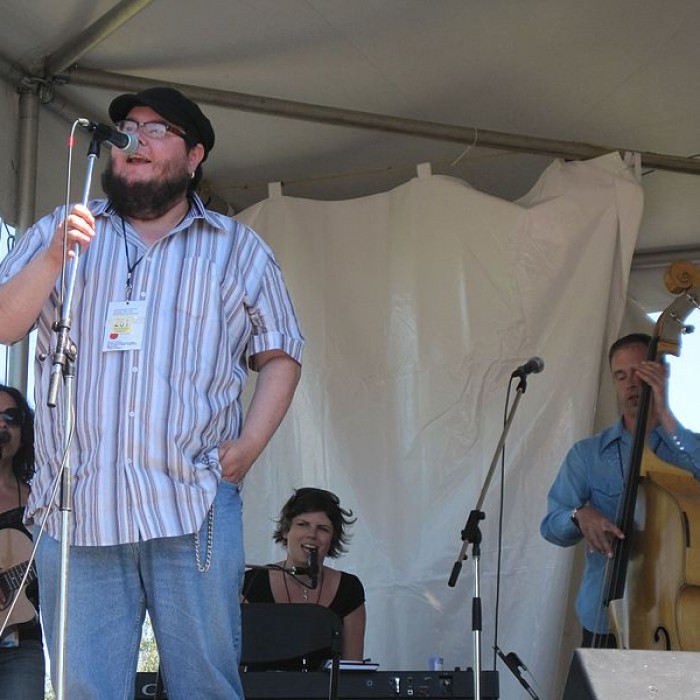 Shane L. Koyczan (born 22 May 1976) is a Canadian spoken word poet, writer, and member of the group Tons of Fun University. He is known for writing about issues like bullying, cancer, death, and eating disorders. He is most famous for the anti-bullying poem To This Day which has over 20 million views.

Koyczan was born in Yellowknife, Northwest Territories, and he grew up in Penticton, British Columbia. In 2000, he became the first Canadian to win the Individual Championship title at the National Poetry Slam. Together with American slam poet Mighty Mike McGee and fellow Canadian C. R. Avery, he is a co-founder of Vancouver, British Columbia spoken word, "talk rock" trio, Tons of Fun University (T.O.F.U.).

In August 2007 Shane Koyczan and his work were the subject of an episode of the television documentary series Heart of a Poet, produced by Canadian filmmaker Maureen Judge for broadcaster Bravo!.

Koyczan has published several books, including poetry collection Visiting Hours, Stickboy, a novel in verse, Our Deathbeds will be Thirsty, To This Day: For the Bullied and Beautiful and A Bruise on Light. Visiting Hours was selected by both the Guardian and Globe and Mail for their 2005 Best Books of the Year lists.

Koyczan’s "We Are More" and Ivan Bielinski’s "La première fois", commissioned by the Canadian Tourism Commission, were unveiled at Canada Day festivities on Parliament Hill in Ottawa on 1 July 2007. Koyczan performed a variation on his piece at the Opening Ceremony of the 2010 Winter Olympics in Vancouver.

In 2012, Shane Koyczan released a full-length digital album entitled "Remembrance Year", which "tackles abuse with courage and displacement with inspiration", in collaboration with the folk instrumentation of his band, The Short Story Long.

In February 2013 Koyczan released an animated video of his spoken word poem "To This Day" on YouTube and at the TED Conference. The poem focused on the subject of bullying that Koyczan and others had received during their life and its lasting effects.

"To This Day" went viral shortly after its release, with the video receiving over 20 million views as of January 2017, prompting many viewers to send Koyczan letters thanking him for publishing the poem.