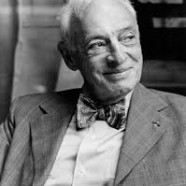 For his literary work, Bellow was awarded the Pulitzer Prize, the Nobel Prize for Literature, and the National Medal of Arts.