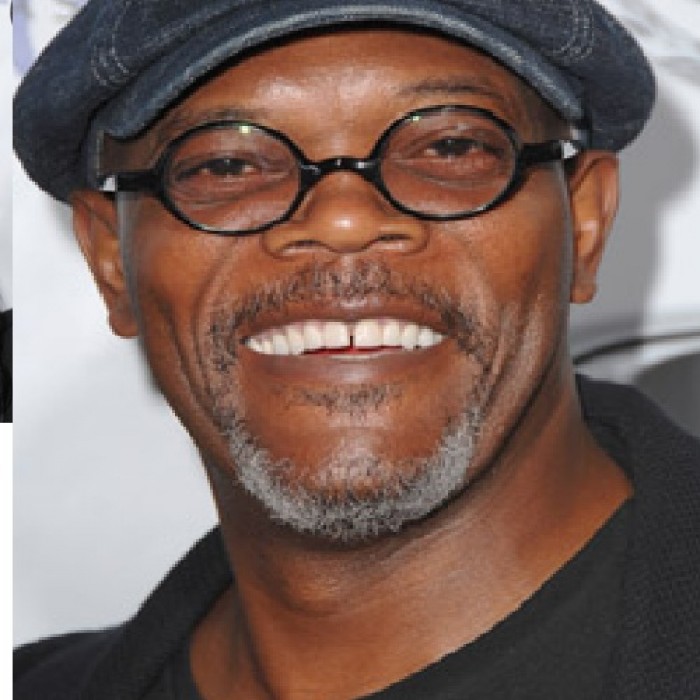 With Jackson's permission, his likeness was used for the Ultimate version of the Marvel Comics character Nick Fury. He later cameoed as the character in a post-credits scene from Iron Man (2008), and went on to sign a nine-film commitment to reprise this role in future films, including major roles in Iron Man 2 (2010), Marvel's The Avengers (2012), Captain America: The Winter Soldier (2014) and Avengers: Age of Ultron (2015) and minor roles in Thor (2011) and Captain America: The First Avenger (2011). He has also portrayed the character in the second and final episodes of the first season of the TV show Marvel's Agents of S.H.I.E.L.D..

Jackson has achieved critical and commercial acclaim, surpassing Frank Welker as the actor with the highest-grossing film total of all time in October 2011,[1] and he has received numerous accolades and awards. He is married to LaTanya Richardson, with whom he has a daughter, Zoe. Samuel L. Jackson is ranked as the second highest all-time box office star with over $4,713.7 million total box office gross, an average of $68.3 million per film.

Early lifeJackson was born in Washington, D.C., the son of Elizabeth (née Montgomery) and Roy Henry Jackson.[3] He grew up as an only child in Chattanooga, Tennessee.[4] His father lived away from the family in Kansas City, Missouri, and later died from alcoholism. Jackson only met his father twice during his life.[5][6] Jackson was raised by his mother, who was a factory worker and later a supplies buyer for a mental institution, and by his maternal grandparents and extended family.[5][7] According to DNA tests, Jackson partially descends from the Benga people of Gabon.[8]Jackson attended several segregated schools[9] and graduated from Riverside High School in Chattanooga. Between the third and twelfth grades, he played the French horn and trumpet in the school orchestra.[10] During childhood, he had a stuttering problem. While he eventually learned to "pretend to be other people who didn't stutter" and use the curse word motherfucker as an affirmation word, he still has days where he stutters.[11]Initially intent on pursuing a degree in marine biology, he attended Morehouse College in Atlanta, Georgia. After joining a local acting group to earn extra points in a class, Jackson found an interest in acting and switched his major.[12] Before graduating in 1972, he co-founded the "Just Us Theatre"

Jackson has said that he chooses roles that are "exciting to watch" and have an "interesting character inside of a story", and that in his roles he wanted to "do things [he hasn't] done, things [he] saw as a kid and wanted to do and now [has] an opportunity to do".[125] Throughout the 1990s, A.C. Neilson E.C.I., a box office tracking company, determined that Jackson appeared in more films than any other actor that grossed $1.7 billion domestically.[126] For all the films in his career, where he is featured as a leading actor or supporting co-star, his films have grossed a total of $2.81[127] to $4.91 billion[128] at the North American box office, placing him as the seventh (as strictly lead) or the second highest-grossing movie star (counting supporting roles) of all time; behind only that of voice actor Frank Welker. The 2009 edition of The Guinness World Records, which uses a different calculation to determine film grosses, stated that Jackson is the world's highest grossing actor, having earned $7.42 billion in 68 films.

In 1980, Jackson married actress and sports channel producer LaTanya Richardson,[130] whom he met while attending Morehouse College.[5] The couple had a daughter, Zoe (born 1982).[131] In 2009, they started their own charitable organization to help support education.[130] Jackson has said he attends each of his films in theaters with paying customers, saying: "Even during my theater years, I wished I could watch the plays I was in – while I was in them! I dig watching myself work."[132] He also enjoys collecting the action figures of the characters he portrays in his films, including Jules Winnfield, Shaft, Mace Windu, and Frozone.[133]

Personal Life
Jackson with his daughter Zoe in 2004
Jackson is bald but enjoys wearing wigs in his films.[134] He said about his decision to go bald: "I keep ending up on those bald is beautiful lists. It's cool. You know, when I started losing my hair it was during the era when everybody had lots of hair. All of a sudden I felt this big hole in the middle of my afro, I couldn't face having a comb over so I had to quickly figure what the haircut for me was."[134] His first bald role was in The Great White Hype.[135] He usually gets to pick his own hairstyles for each character he portrays.[135][136] He poked fun at his baldness the first time he appeared bald on The Tonight Show, explaining that he had to shave his head for one role, but then kept receiving more and more bald roles and had to keep shaving his head so that wigs could be made for him. He joked that "the only way I'm gonna have time to grow my hair back is if I'm not working".