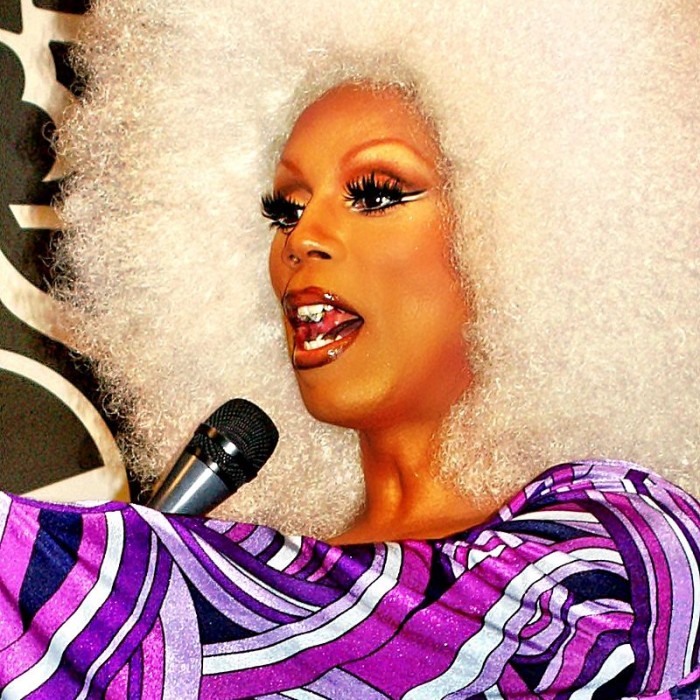 RuPaul Andre Charles (born November 17, 1960), known professionally by his mononym RuPaul, is an American actor, drag queen, television personality, and recording artist. Since 2009, he has hosted and produced the drag queen reality show RuPaul's Drag Race, for which he won an Emmy in 2016.

RuPaul was born and raised in San Diego and later moved to Atlanta to study performing arts. He settled in New York City where he became a popular fixture on the nightclub scene. RuPaul achieved international fame as a drag queen with the hit song "Supermodel (You Better Work)" from his album Supermodel of the World.

(1993) and later dueted with Elton John on the song "Don't Go Breaking My Heart". In 1996, he became a spokesperson for MAC Cosmetics, raising money for the Mac AIDS Fund and becoming the first drag queen to land a major cosmetics campaign. The same year, he landed his own talk show The RuPaul Show which ran for two years on VH1 before co-hosting the morning radio show on WKTU with Michelle Visage. He has since released several albums including Foxy Lady (1996), Champion (2009), Glamazon (2011), and Born Naked (2014).

His reality television series RuPaul's Drag Race, which follows RuPaul in his search for the next drag superstar, has produced eight seasons and inspired the spin-off shows RuPaul's Drag U & RuPaul's All Stars Drag Race on LGBTQ network Logo TV. He is also a host on television shows Skin Wars, Good Work and Gay for Play Game Show Starring RuPaul.

RuPaul is noted among drag queens for his indifference toward the gender-specific pronouns used to address him—both "he" and "she" have been deemed acceptable, as stated in his autobiography: "You can call me he.

You can call me she. You can call me Regis and Kathie Lee; I don't care! Just as long as you call me."[1] RuPaul has also played men in a number of roles, and makes public appearances both in and out of drag. In 1999, RuPaul was awarded the Vito Russo Award at the GLAAD Media Awards for work in promoting equality in the LGBT community.