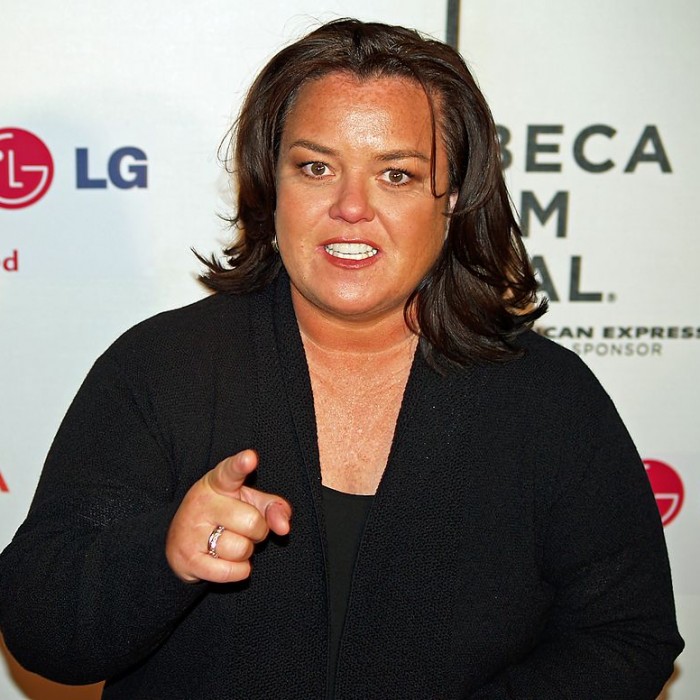 Roseann O'Donnell (born March 21, 1962) is an American comedian, actress, author, and television personality. She has been a magazine editor and continues to be a celebrity blogger, a lesbian rights activist, a television producer, and a collaborative partner in the LGBT family vacation company, R Family Vacations.

O'Donnell started her comedy career while still a teenager. Her big break was on the talent show Star Search in 1984. After a TV sitcom and a series of movies introduced her to a larger national audience, from 1996 to 2002, she hosted The Rosie O'Donnell Show, which won multiple Emmy Awards.

During this time, she wrote her first memoir, Find Me, and developed the nickname "Queen of Nice", as well as a reputation for philanthropic efforts. She used the book's $3 million advance to establish her For All Kids foundation and promote other charity projects, encouraging celebrities on her show to take part.

In 2002, two months before finishing her talk show run, O'Donnell came out, stating "I'm a dyke!" and saying that her primary reason was to bring attention to gay adoption issues. O'Donnell is a foster and adoptive mother. She was named The Advocate's 2002 Person of the Year; in May 2003, she became a regular contributor to the magazine.

In 2006, O'Donnell became a moderator on The View. Her strong opinions resulted in some controversies, including an on-air dispute regarding the Bush administration's policies with the Iraq War, resulting in a mutual agreement to cancel her contract. In 2007, O'Donnell released her second memoir, Celebrity Detox, which focuses on her struggles with fame and her time at The View. From 2009 to 2011, she hosted Rosie Radio on Sirius XM Radio.

In 2011, O'Donnell signed on with the OWN: Oprah Winfrey Network to return to daytime TV with The Rosie Show. On March 16, 2012, the network cancelled the show due to low ratings, and the last show aired on March 29, 2012. In July 2014, Rosie O'Donnell was rehired to join The View as a co-host for the series' eighteenth season. O'Donnell announced in February 2015 her decision to depart the series again, this time citing personal reasons for her departure.