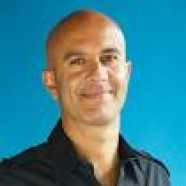 Robin S. Sharma is a Canadian author and speaker. His books have sold more than 15 million copies,. He is the author of 15 global best sellers, including The Monk Who Sold His Ferrari and The Leader Who Had No Title. Robin has both Canadian and Mauritian citizenship.

Sharma worked for the Supreme Court as a judicial law clerk and employment with the Canadian government as a staff litigation attorney.

Sharma wrote 15 books bestselling books in Leadership including Who Will Cry When You Die, The Leader Who Had no Title and The Monk Who Sold His Ferrari, which has sold 6 million copies.

Robin's runaway bestseller “The Leader Who Had No Title” was the #1 Business book on amazon.com

Sharma is a leadership expert who was ranked in the top 10 worldwide and was given the Golden Gavel award by Toastmasters International in the year 2011.

He was ranked 7th on the International Leadership Professional Gurus list in 2012.

Robin Sharma's work focused on developing the leadership abilities of every employee, regardless of position. He is known worldwide for his "Lead Without a Title" methodology and for his breakthrough work with top organizations. He also teaches elite performance via his methods that include The 20/20/20 Formula and The 90/90/1 Rule.

He has written several self-help books on personality development and leadership which have been published in more than 60 countries and translated to more than 70 languages.