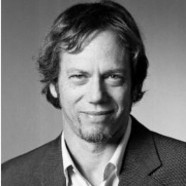 Robert Greene (born May 14, 1959) is an American author and speaker known for his books on strategy, power and seduction. He has written five international bestsellers: The 48 Laws of Power, The Art of Seduction, The 33 Strategies of War, The 50th Law (with rapper 50 Cent) and Mastery.

Greene grew up in Los Angeles and attended University of California, Berkeley before finishing his degree at the University of Wisconsin-Madison with a B.A. in classical studies. Before becoming an author, Greene estimates that he worked 80 jobs, including as a construction worker, translator, magazine editor, and Hollywood movie writer.

In 1995, Greene worked as a writer at Fabrica, an art and media school in Italy, and met a book packager named Joost Elffers.[1] Greene pitched a book about power to Elffers and wrote a treatment which eventually became The 48 Laws of Power. He would note this as the turning point of his life.

Greene's first book, The 48 Laws of Power, is a practical guide for anyone who wants power, observes power, or wants to arm themselves against power. The laws are a distillation of 3,000 years in the history of power, drawing on the lives of strategists and historical figures like Niccolò Machiavelli, Sun Tzu, Haile Selassie I, Carl von Clausewitz, Queen Elizabeth I, Henry Kissinger, and P.T. Barnum. Each law has its own chapter, complete with a "transgression of the law," "observation of the law," and a "reversal."