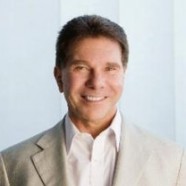 Robert Beno Cialdini was born April 27, 1945 is the Regents' Professor Emeritus of Psychology and Marketing at Arizona State University and was a visiting professor of marketing, business and psychology at Stanford University, as well as at the University of California at Santa Cruz.

He is best known for his 1984 book on persuasion and marketing, Influence: The Psychology of Persuasion. The book has sold over three million copies and has been translated into thirty languages.

It has been listed on the New York Times Business Best Seller List. Fortune Magazine lists the book in their "75 Smartest Business Books".

His two other books, "Yes! 50 Scientifically Proven Ways to Be Persuasive" and "The Small BIG: Small changes that spark a big influence" have been named a New York Times Bestseller and The Times Book of the year respectively.

He has held Visiting Scholar Appointments at Ohio State University, the University of California, the Annenberg School of Communications, and the Graduate School of Business of Stanford University. Currently, Dr. Cialdini is Regents’ Professor Emeritus of Psychology and Marketing at Arizona State University.

Cialdini's theory of influence is based on the principles of reciprocity, commitment and consistency, social proof, authority, liking, and scarcity.