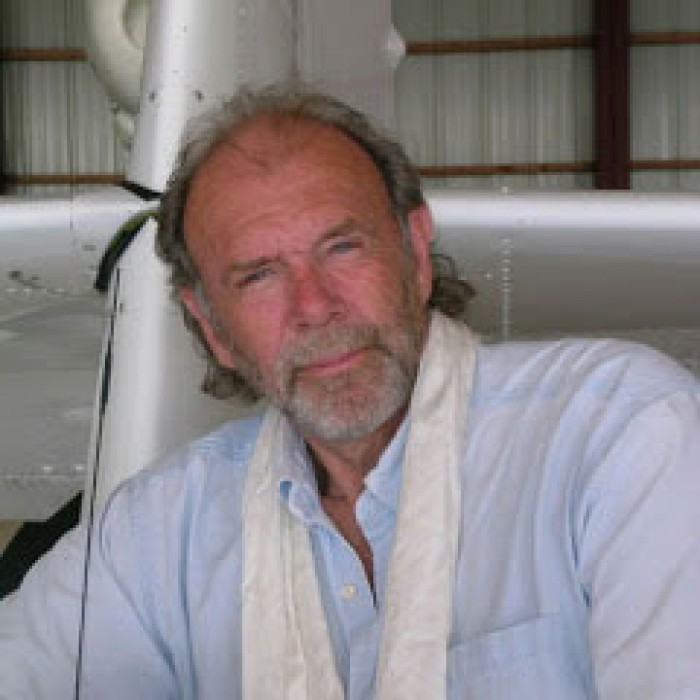 Richard David Bach (born June 23, 1936) is an American writer. Bach is widely known as the author of some hugely popular 1970s best-sellers, including Jonathan Livingston Seagull (1970) and Illusions: The Adventures of a Reluctant Messiah (1977). Bach has authored numerous works of fiction and non-fiction, including One: A Novel (1989) and Out of My Mind (1999).

Bach is noted for his love of aviation and for his books related to flying in a metaphorical context. Bach has pursued flying as a hobby since the age of 17. In late August 2012, Bach was badly injured when on approach to landing at Friday Harbor, Washington, his aircraft clipped some power lines and crashed upside down in a field.

Bach served in the United States Navy Reserve, then in the New Jersey Air National Guard's 108th Fighter Wing, 141st Fighter Squadron (USAF), as a Republic F-84F Thunderstreak fighter pilot. He then worked at a variety of jobs, including as a technical writer for Douglas Aircraft and as a contributing editor for Flying magazine. He served in the USAF reserve and was deployed in France in 1960. He later became a barnstormer.

During the summer of 1970, Bach and his friend Chris Cagle traveled to Ireland, where they participated in flying sequences for Roger Corman's film Von Richthofen and Brown. They flew a variety of World War I aircraft of the Blue Max collection owned by ex-RCAF pilot Lynn Garrison. Bach and Garrison first met when Bach wrote articles for Avian, Garrison's aviation publication.

Most of Bach's books involve flight in some way, from the early stories which are straightforwardly about flying aircraft, to Stranger to the Ground, his first book, to his later works, in which he used flight as a philosophical metaphor.