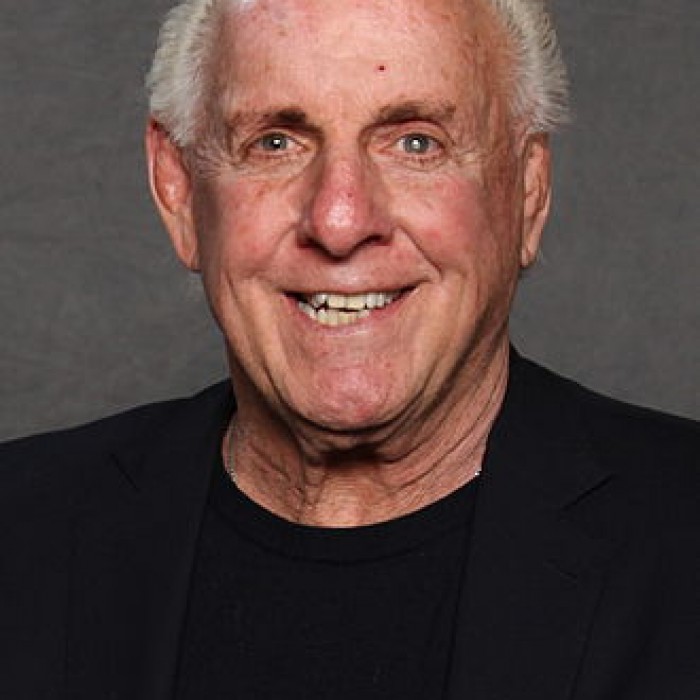 Richard Morgan Fliehr (born February 25, 1949), better known as Ric Flair,is an American professional wrestling manager and semi-retired professional wrestler signed to WWE under its Legends program.Widely regarded as the greatest professional wrestler of all time,Flair has cultivated a legacy over a career that spans 40 years. Flair is noted for his tenures with the National Wrestling Alliance (NWA), World Championship Wrestling (WCW), the World Wrestling Federation (WWF, later WWE), and Total Nonstop Action Wrestling (TNA). Since the mid-1970s, he has used the moniker the "Nature Boy".

PWI awarded Flair their Wrestler of the Year award a record six times, while Wrestling Observer Newsletter named Flair as the Wrestler of the Year (an award named after him and Lou Thesz) on a record of nine occasions. The only two-time WWE Hall of Fame inductee in history, first inducted in 2008 for his individual career and for a second time in 2012 as a member of The Four Horsemen, Flair is also an NWA Hall of Famer. According to Mick Foley, he had two stints as a booker in WCW: from 1989–1990 and again in 1994.