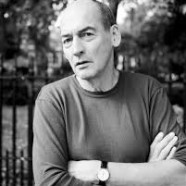 Rem Koolhaas (born november 17,1944-In Rotterdam), Is a dutch architect who began his career as a writer (he was a journalist  for the haase post in the Hague and later tried at writing movie scripts) and by this opportunity Kool Haas 's writings won him fame in the field in the architecture before he completed a single building.

- In 1972, he ended  his studies to an  architecture association schoolin london,  and he began  his career as an architect and becoms a professor in practise of architecture and urban design at  the graduate school of design at havard university and in summary he is widely  regarded as one of the most important architectural urbanists and a thinkers of his generation .

- In 2008,KoolHaas won the  PritZker Prize  and the time magazineput him in their top 100 of the World 's Most Influtial People .

-KoolHaas realized  several projects of high design and  performance  the most of them are  :AMO-project ; Project On The City, the Berlin and  Wall as an architecture .