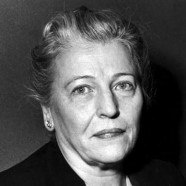 Pearl Sydenstricker Buck(June 26, 1892 – March 6, 1973; also known by her Chinese name Sai Zhenzhu;Chinese: 賽珍珠) was an American writer and novelist. As the daughter ofmissionaries, Buck spent most of her life before 1934 inZhenjiang, China.

Her novel The Good Earth was the best-selling fiction book in the United States in 1931 and 1932 and won thePulitzer Prize in 1932. In 1938, she was awarded the Nobel Prize in Literature "for her rich and truly epic descriptions ofpeasant life in China and for her biographical masterpieces".