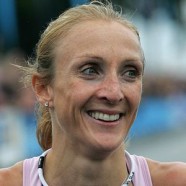 Radcliffe is a former world champion in the marathon, half marathon and cross country. She has also been European champion over 10,000 metres and in cross country. On the track, Radcliffe won the 10,000 metres silver medal at the 1999 World Championships and was the 2002 Commonwealth champion at 5000 metres. She represented Great Britain at the Olympics four times consecutively (1996 to 2008), although she did not win a podium position in these events.