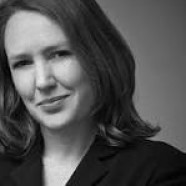 Hawkins was born and raised in Salisbury, Rhodesia (now Harare, Zimbabwe). Her father was an economics professor and financial journalist. She moved to London in 1989. at the age of 17, and later studied philosophy, politics and economics at the University of Oxford. She worked as a journalist for The Times, reporting on business. She then worked for a number of publications on a freelance basis, and wrote a financial advice book for women, The Money Goddess.