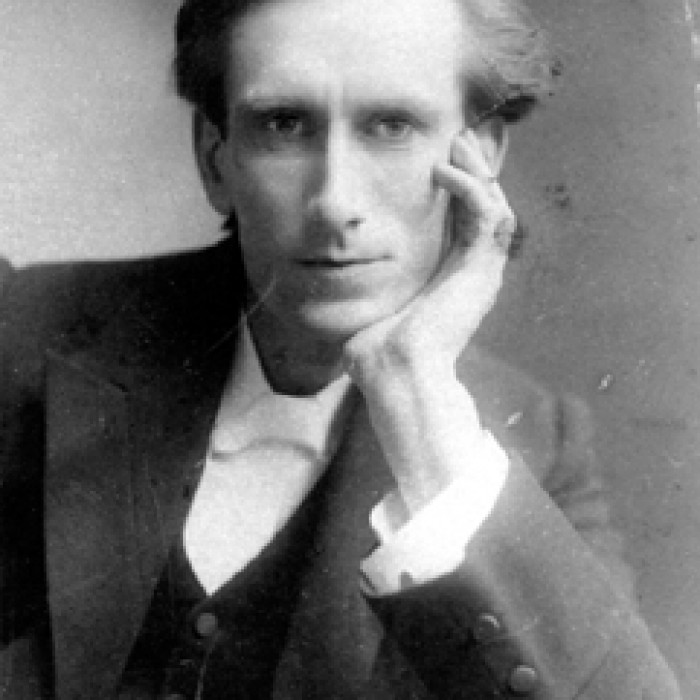 Oswald Chambers (24 July 1874 – 15 November 1917) was an early twentieth-century Scottish Baptist and Holiness Movement[evangelist and teacher, best known for the devotional My Utmost for His Highest.

Born to devout parents in Aberdeen, Scotland, Chambers moved with his family in 1876 to Stoke-on-Trent when his father, Clarence Chambers, became Home Missions evangelist for the North Staffordshire Baptist Association, then to Perth, Scotland when his father returned to the pastorate, and finally to London in 1889, when Clarence was appointed Traveling Secretary of the Baptist Total Abstinence Association.

At 16, Oswald Chambers was baptized and became a member of Rye Lane Baptist Chapel[3] Even as a teenager, Chambers was noted for his deep spirituality, and he participated in the evangelization of poor occupants of local lodging houses. At the same time, Chambers also demonstrated gifts in both music and art.

Arriving back in Britain by the end of the year, Chambers found the Holiness movement divided by the advocates and opponents of founding a new denomination and by supporters and detractors of the tongues movement. Chambers did not oppose glossolalia but criticized those who made it a test of the Baptism of the Holy Spirit.

Sailing back to the United States in 1908, Chambers became better acquainted with Gertrude Hobbs, the daughter of friends, whom he had known casually. They married in May 1910; and on 24 May 1913, Gertrude (whom Chambers affectionately called "Biddy") gave birth to their only child, Kathleen.

Even before they married, Chambers considered a partnership in ministry in which Biddy—who could take shorthand at 250 words per minute—would transcribe and type his sermons and lessons into written form.

In 1911 Chambers founded and was principal of the Bible Training College in Clapham Common, Greater London, in an "embarrassingly elegant" property that had been purchased by the Pentecostal League of Prayer.

Chambers accommodated not only students of every age, education, and class but also anyone in need, believing he ought to "give to everyone who asks." "No one was ever turned away from the door and whatever the person asked for, whether money, a winter overcoat, or a meal, was given.

"Between 1911 and 1915, 106 resident students attended the Bible Training College, and by July 1915, forty were serving as missionaries.