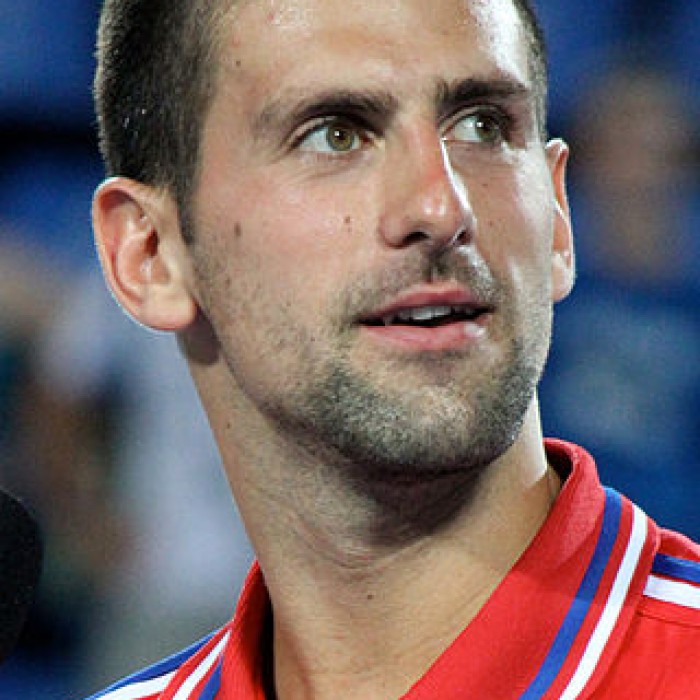 Novak Djokovic (born 22 May 1987), often referred to by the hypocorism Nole, is a Serbian professional tennis player who is currently ranked world No. 4 in men's singles tennis by the Association of Tennis Professionals (ATP). He is considered one of the greatest tennis players of all time.[a] Djokovic holds the second-highest match winning rate (82.7%) in the Open Era, as of June 2017.

In 2016, he became the eighth player in history to achieve the Career Grand Slam; by winning the 2016 French Open, Djokovic became the third man to hold all four major titles at once, the first since Rod Laver in 1969, and the first ever to do so on three different surfaces.

Djokovic has won an all-time record of 30 Masters 1000 series titles, tied with Rafael Nadal. Djokovic's records include breaking the single-season record with six masters titles in 2015, winning 31 consecutive ATP World Tour Masters 1000 series matches, playing in the finals at all nine ATP Masters 1000 tournaments (shared with Roger Federer and Nadal), and being the only player to win eight of the nine events (and at least twice). Among other titles, he has won the ATP World Tour Finals five times and was on the Serbian team which won the 2010 Davis Cup. He also won the Bronze medal in men's singles at the 2008 Summer Olympics.

Djokovic is the first Serbian player to be ranked No. 1 by the ATP and the first male player representing Serbia to win a Grand Slam singles title. Djokovic has won numerous awards, including the 2012, 2015, and 2016 Laureus World Sports Award for Sportsman of the Year, 2011 BBC Overseas Sports Personality of the Year, five-time ITF World Champion, and four-time ATP year-end number 1. He is a recipient of the Order of St. Sava, the Order of Karađorđe's Star, and the Order of the Republika Srpska.