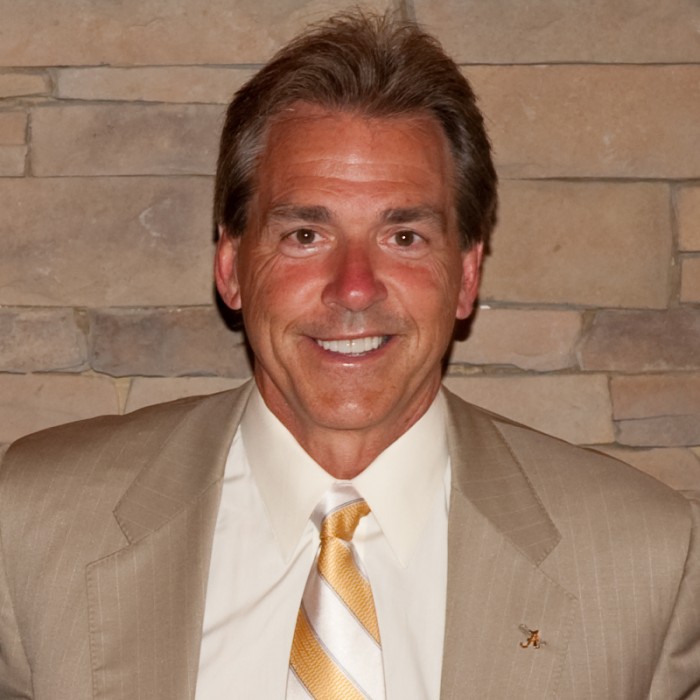 His initial eight-year contract totaling US$32 million made him one of the highest-paid football coaches, professional or collegiate, in the United States at the time. He appeared on the September 1, 2008, cover of Forbes magazine as "The Most Powerful Coach in Sports". Saban's career record as a college head coach is 205–61–1.

He became the first coach in college football history to win a national championship with two different Football Bowl Subdivision (FBS) schools since the inception of the AP Poll in 1936. Saban and Bear Bryant are the only coaches to win an SEC championship at two different schools. In May 2013, he was inducted into the Alabama Sports Hall of Fame.