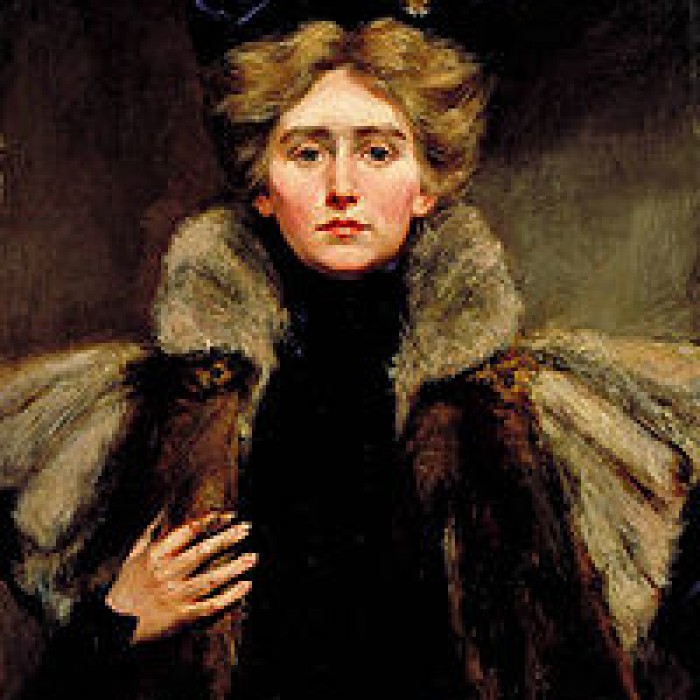 Natalie Clifford Barney (October 31, 1876 – February 2, 1972) was an American playwright, poet and novelist who lived as an expatriate in Paris.

Barney's salon was held at her home at 20 rue Jacob in Paris' Left Bank for more than 60 years and brought together writers and artists from around the world, including many leading figures in French literature along with American and British Modernists of the Lost Generation. She worked to promote writing by women and formed a "Women's Academy" (L'Académie des Femmes) in response to the all-male French Academy while also giving support and inspiration to male writers from Remy de Gourmont to Truman Capote.

She was openly lesbian and began publishing love poems to women under her own name as early as 1900, considering scandal as "the best way of getting rid of nuisances" (meaning heterosexual attention from young males). In her writings she supported feminism and pacifism. She opposed monogamy and had many overlapping long and short-term relationships, including on-and-off romances with poet Renée Vivien and dancer Armen Ohanian and a 50-year relationship with painter Romaine Brooks.

Kenneth Elton "Ken" Kesey (September 17, 1935– November 10, 2001) was an American novelist, essayist, and countercultural figure. He considered himself a link between the Beat Generation of the 1950s and the hippies of the 1960s.