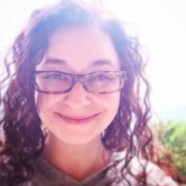 Michelle Hodkin (born May 31, 1982) is an American New York Times bestselling author, and the creator of the Mara Dyer Trilogy, consisting of The Unbecoming of Mara Dyer, The Evolution of Mara Dyer, and The Retribution of Mara Dyern Hodkin grew up in South Florida, United States, to a Jewish family.

Graduating with an English degree from New York University, Hodkin intended to pursue a career in academia.Hodkin instead attended law school in Michigan immediately upon graduation. She completed her law degree at the age of 23.