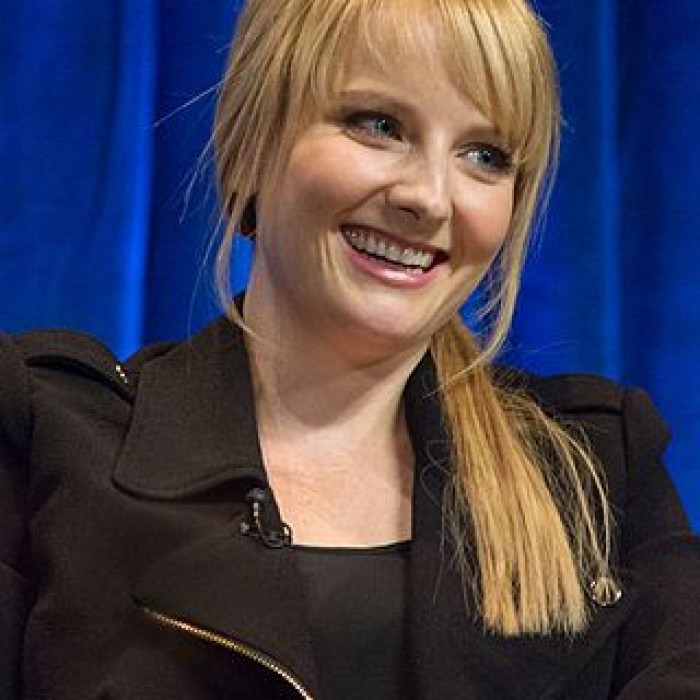 Melissa Ivy Rauch (born June 23, 1980) is an American actress and comedian. She is known for playing Dr. Bernadette Rostenkowski-Wolowitz on the CBS sitcom The Big Bang Theory.

Some of Rauch's early work was as a regular contributor to VH1's Best Week Ever television show.

In 2009, Rauch began playing the recurring role of Bernadette Rostenkowski, a co-worker of Penny who began to date Howard Wolowitz, in the third season of TV's The Big Bang Theory. The following season her character became Howard's fiancée and Rauch was promoted to a series regular.

The characters married in the season five finale. In December 2011, Rauch and fellow cast members of The Big Bang Theory received the first of four nominations for the Screen Actors Guild Award for Outstanding Performance by an Ensemble in a Comedy Series.

Other acting credits include True Blood (on which she had a recurring role in 2010 as Summer, a girl who likes Hoyt), The Office, the American remake of the Australian TV series Kath & Kim, Wright v Wrong, and the film I Love You, Man.

Rauch is also part of the cast of the comedic stage show The Realest Real Housewives with Casey Wilson, June Diane Raphael, Jessica St. Clair and Danielle Schneider. The show began running at the Upright Citizens Brigade Theatre in 2011.

Rauch co-wrote and co-produced the film The Bronze, in which she starred as Hope Annabelle Greggory, a bronze medal-winning gymnast clinging to her glory days of 12 years earlier. It opened the 2015 Sundance Film Festival. Variety said, "Rauch, who co-wrote the screenplay with her husband Winston, has never carried a film before. But she delivers the best breakthrough comedic performance by an actress since Melissa McCarthy in Bridesmaids." Sony Pictures Classics acquired the film in September 2015.