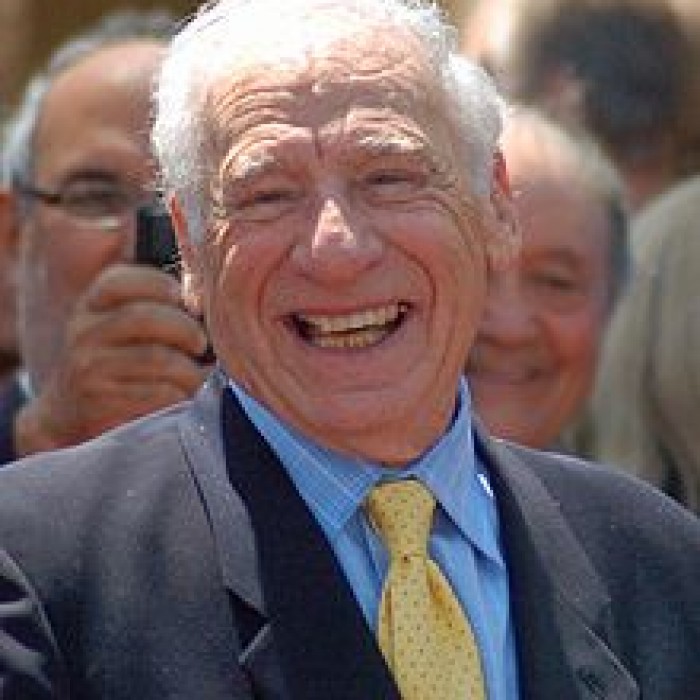 He is known as a creator of broad film farces and comic parodies. Brooks began his career as a comic and a writer for the early TV variety show Your Show of Shows. He became well known as part of the comedy duo with Carl Reiner in the comedy skit, The 2000 Year Old Man. He also created, with Buck Henry, the hit television comedy series, Get Smart, which ran from 1965 to 1970.

In middle age, Brooks became one of the most successful film directors of the 1970s, with many of his films being among the top 10 moneymakers of the year they were released. His best-known films include The Producers, The Twelve Chairs, Blazing Saddles, Young Frankenstein, Silent Movie, High Anxiety, History of the World, Part I, Spaceballs and Robin Hood: Men in Tights. A musical adaptation of his first film, The Producers, ran on Broadway from 2001 to 2007.

In 2001, having previously won an Emmy, a Grammy and an Oscar, he joined a small list of EGOT winners with his Tony award for The Producers. He received a Kennedy Center Honor in 2009, the Hollywood Walk of Fame in 2010, the 41st AFI Life Achievement Award in June 2013, and a British Film Institute Fellowship in March 2015. Three of his films ranked in the American Film Institute's list of the top 100 comedy films of the past 100 years (1900–2000), all of which ranked in the top 20 of the list: Blazing Saddles at number 6, The Producers at number 11, and Young Frankenstein at number 13.

Brooks was married to Oscar-winning actress Anne Bancroft from 1964 until her death in 2005.