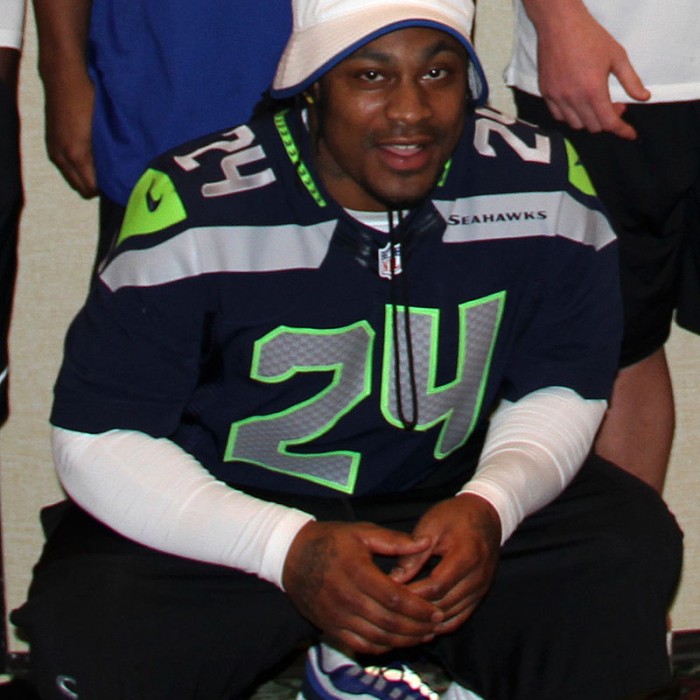 Marshawn Terrell Lynch (born April 22, 1986) is an American football running back for the Oakland Raiders of the National Football League (NFL). He was drafted by the Buffalo Bills in the first round of the 2007 NFL Draft after playing college football at California, where he became the school's second all-time career rusher.

As a member of the Seattle Seahawks, he won Super Bowl XLVIII against the Denver Broncos. After initially retiring after the 2015 season, Lynch applied for reinstatement and was traded to the Raiders in April 2017.

Lynch earned the nickname "Beast Mode" for his powerful running style, propensity for breaking tackles, and consistent ability to run over defenders.

On April 28, 2007, Lynch was selected by the Buffalo Bills with the 12th overall pick in the first round of the 2007 NFL Draft. He agreed with the Bills to a six-year, $18.935 million contract. The deal included a $3 million signing bonus and contained $10.285 million in total guarantees.

Lynch is known for his Beast Mode brand which includes an apparel line and retail store. The first Beast Mode store opened in Oakland, California on February 7, 2016 during Super Bowl 50. On April 8, 2015, rapper Ludacris released the video for his single "Beast Mode," named after Lynch, who appears in the video. Ludacris also mimics Lynch's interview at the Super Bowl media day by saying "I'm just here so I won't get fined" to reporters before Lynch comes in and adds "You know why we here".

Lynch makes a cameo in the video game Call of Duty: Black Ops III. He also appeared in the fourth episode of the sixth season of Tanked where they created a special fish tank for "BeastMode" first aired June 19, 2015.