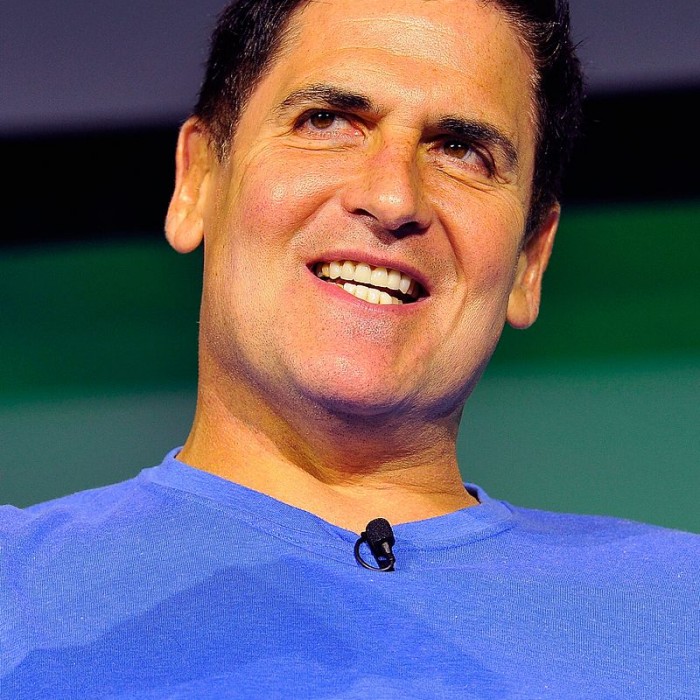 Mark Cuban (born July 31, 1958) is an American businessman, investor, author, television personality, and philanthropist. He is the owner of the NBA's Dallas Mavericks, co-owner of 2929 Entertainment and chairman of the AXS TV. He is also one of the main "shark" investors on the ABC reality television series, Shark Tank. In 2011, Cuban wrote an e-book, How to Win at the Sport of Business, in which he chronicles his life experiences in business and sports.

In 1982, Cuban moved to Dallas, Texas, where he first found work as a bartender, and then as a salesperson for Your Business Software, one of the earliest PC software retailers in Dallas. He was fired less than a year later, after meeting with a client to procure new business instead of opening the store.

Cuban started his own company, MicroSolutions, with support from his previous customers from Your Business Software. MicroSolutions was initially a system integrator and software reseller. The company was an early proponent of technologies such as Carbon Copy, Lotus Notes, and CompuServe. One of the company's largest clients was Perot Systems.

In 1990, Cuban sold MicroSolutions to CompuServe—then a subsidiary of H&R Block—for $6 million. He made approximately $2 million after taxes on the deal.