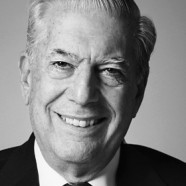 Born March 28, 1936, more commonly known as Mario Vargas Llosa ,is a Peruvian writer, politician, journalist, essayist, college professor, and recipient of the 2010 Nobel Prize in Literature.Vargas Llosa is one of Latin America's most significant novelists and essayists, and one of the leading writers of his generation. Some critics consider him to have had a larger international impact and worldwide audience than any other writer of the Latin American Boom. Upon announcing the 2010 Nobel Prize in Literature, the Swedish Academy said it had been given to Vargas Llosa "for his cartography of structures of power and his trenchant images of the individual's resistance, revolt, and defeat".