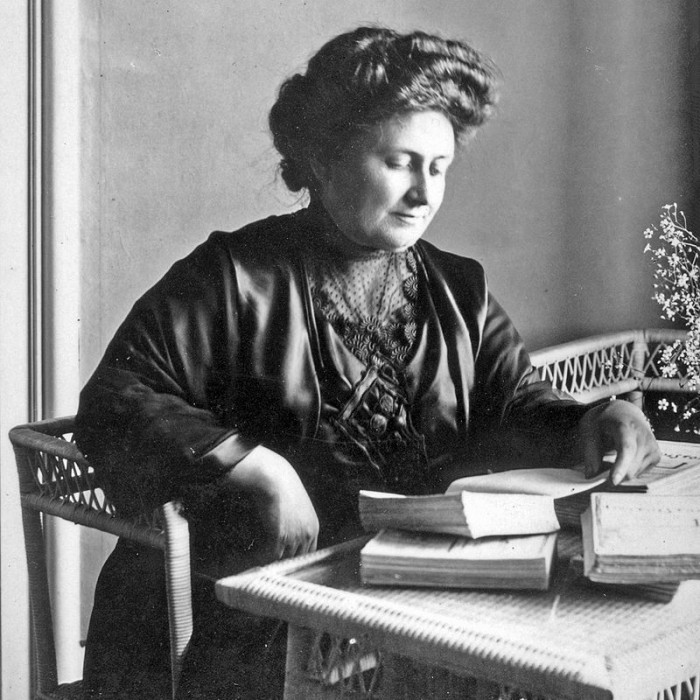 Maria Tecla Artemisia Montessori (August 31, 1870 – May 6, 1952) was an Italian physician and educator best known for the philosophy of education that bears her name, and her writing on scientific pedagogy. Her educational method is in use today in some public and private schools throughout the world.

However, many of her later works were transcribed from her lectures, often in translation, and only later published in book form.

Montessori's major works are given here in order of their first publication, with significant revisions and translations.