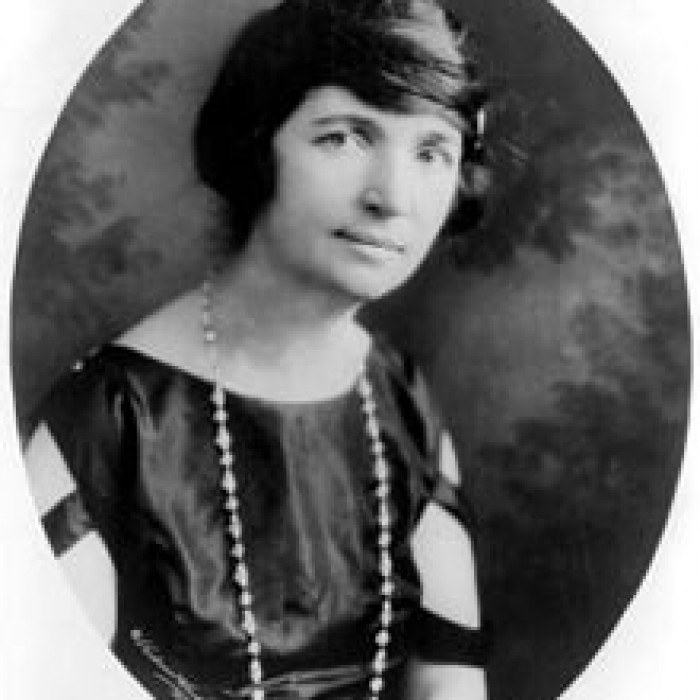 Sanger used her writings and speeches primarily to promote her way of thinking. She was prosecuted for her book Family Limitation under the Comstock Act in 1914. She was afraid of what would happen, so she fled to Britain until she knew it was safe to return to the US. Sanger's efforts contributed to several judicial cases that helped legalize contraception in the United States.

Due to her connection with Planned Parenthood Sanger is a frequent target of criticism by opponents of abortion, although Planned Parenthood did not begin providing abortions until 1970, after Sanger had already died. Sanger, who has been criticized for supporting negative eugenics, remains an admired figure in the American reproductive rights movement.

In 1916 Sanger opened the first birth control clinic in the United States, which led to her arrest for distributing information on contraception after an undercover policewoman bought a copy of her pamphlet on family planning. Her subsequent trial and appeal generated controversy. Sanger felt that in order for women to have a more equal footing in society and to lead healthier lives, they needed to be able to determine when to bear children.

She also wanted to prevent so-called back-alley abortions, which were common at the time because abortions were illegal in the United States. She believed that while abortion was sometimes justified it should generally be avoided, and she considered contraception the only practical way to avoid them.

In 1921, Sanger founded the American Birth Control League, which later became the Planned Parenthood Federation of America. In New York City, she organized the first birth control clinic staffed by all-female doctors, as well as a clinic in Harlem with an all African-American advisory council, where African-American staff were later added.

In 1929, she formed the National Committee on Federal Legislation for Birth Control, which served as the focal point of her lobbying efforts to legalize contraception in the United States. From 1952 to 1959, Sanger served as president of the International Planned Parenthood Federation. She died in 1966, and is widely regarded as a founder of the modern birth control movement.