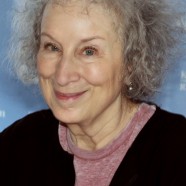 Margaret Eleanor Atwood,CC OOnt FRSC (born November 18, 1939) is a Canadian poet, novelist, literary critic, essayist, andenvironmental activist. She is a winner of the Arthur C. Clarke Award and Prince of Asturias Award for Literature, has been shortlisted for the Booker Prizefive times, winning once, and has been a finalist for theGovernor General's Awardseveral times, winning twice. In 2001, she was inducted intoCanada's Walk of Fame. She is also a founder of the Writers' Trust of Canada, a non-profit literary organization that seeks to encourage Canada's writing community. Among innumerable contributions toCanadian literature, she was a founding trustee of the Griffin Poetry Prize.