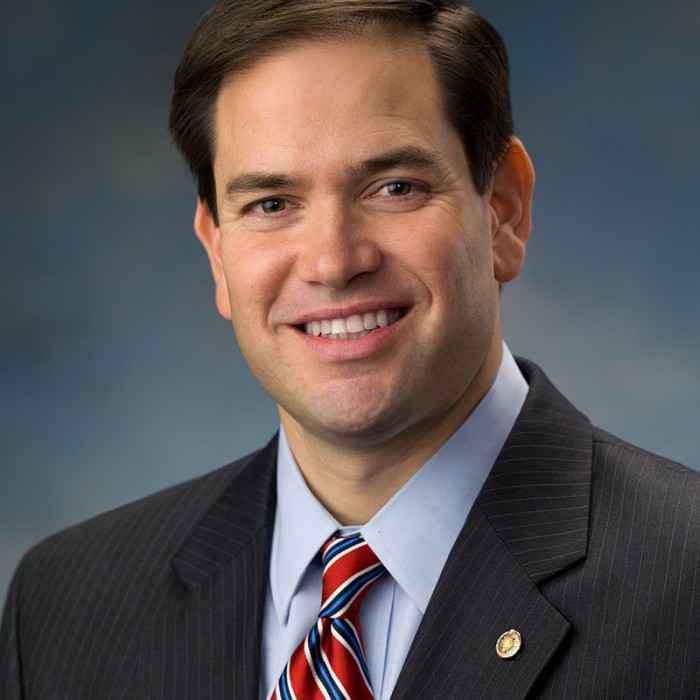 Marco Antonio Rubio (born May 28, 1971) is an American politician and attorney, and the junior United States Senator from Florida. Rubio previously served as Speaker of the Florida House of Representatives.

Rubio is a Cuban American from Miami, with degrees from the University of Florida and the University of Miami School of Law. In the late 1990s, he served as a City Commissioner for West Miami and was elected to the Florida House of Representatives in 2000, representing the 111th House district.

Later in 2000, Rubio was promoted to be one of two majority whips, and in 2002, he was appointed House Majority Leader by Speaker Johnnie Byrd. Subsequently, he was elected Speaker of the Florida House, serving as Speaker for two years beginning in November 2006. Upon leaving the Florida legislature in 2008 due to term limits, Rubio started a new law firm, and also began teaching at Florida International University, where he continues as an adjunct professor.

Rubio successfully ran for United States Senate in 2010. In the U.S. Senate, he chairs the Commerce Subcommittee on Oceans, Atmosphere, Fisheries, and Coast Guard, as well as the Foreign Relations Subcommittee on Western Hemisphere, Transnational Crime, Civilian Security, Democracy, Human Rights and Global Women's Issues. He is one of four Latino Americans serving in the Senate.