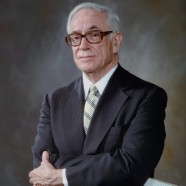 Malcolm Stevenson Forbes was born on August 19, 1919, in Brooklyn, New York, to B. C. (Bertie) Forbes and Adelaide Stevenson Forbes. He was one of five children who grew up in an upper-middle-class family in Englewood, New Jersey. His interest in publications developed early as he wrote and printed a household newspaper when he was eight years old. At the age of thirteen he obtained his first printing press and by the age of fifteen he had published papers for his household, the scouts, and school. He would spend time in the summers working at the Forbes magazine offices, which his father founded. He attended the private schools in Tarrytown, New York, and graduated with honors from Lawrenceville School, in New Jersey, in 1937. He continued his education at Princeton University, where he majored in political science.