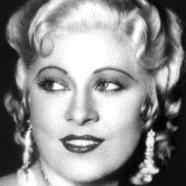 Known for her lighthearted bawdy double entendres, and breezy sexual independence, West made a name for herself in vaudeville and on the stage in New York City before moving to Hollywood to become a comedian, actress, and writer in the motion picture industry, as well as on radio and television.