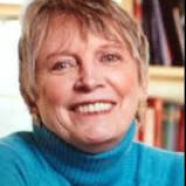 Her book Gooney Bird Greenewon the 2002 Rhode Island Children's Book Award. In 2007 she received the Margaret Edwards Award from theAmerican Library Associationfor her contribution in writing for teens. In 2011 she gave the May Hill Arbuthnot Lecture; her lecture was titled "UNLEAVING: The Staying Power of Gold ". She was also awarded an honorary Doctorate of Letters by Brown Universityin 2014