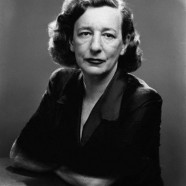 Lillian Florence "Lilly" Hellman (June 20, 1905 – June 30, 1984) was an American dramatist and screenwriter known for her success as a playwright on Broadway, as well as her left-wing sympathies and political activism.

She famously was blacklisted by the House Committee on Un-American Activities (HUAC) at the height of the anti-communist campaigns of 1947–52. Although she continued to work on Broadway in the 1950s, her blacklisting by the American film industry caused a precipitous decline in her income during which time she had to work outside her chosen profession.

Hellman was praised by many for refusing to answer questions by HUAC. However, many doubted her denial that she had belonged to the Communist Party; the skeptics included war correspondent Martha Gellhorn, former wife of Ernest Hemingway, and author/literary critic Mary McCarthy.