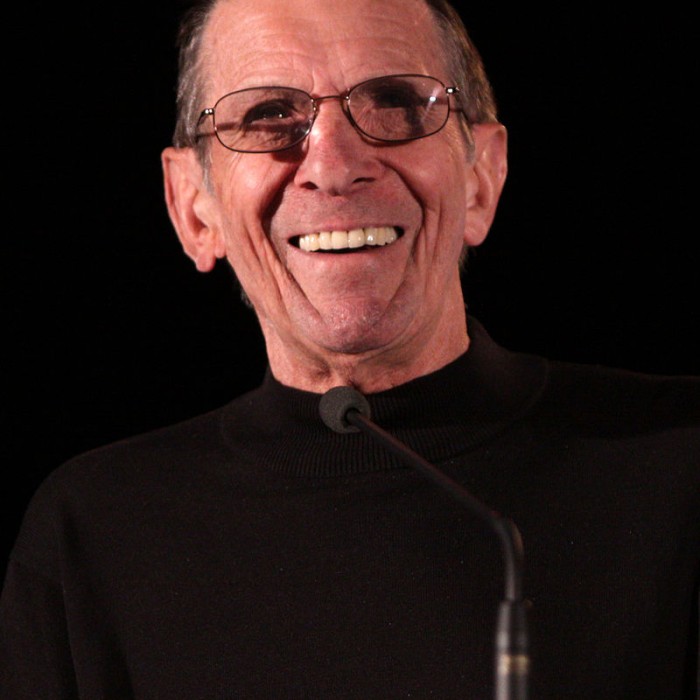 Leonard Simon Nimoy (March 26, 1931 – February 27, 2015) was an American actor, film director, photographer, author, singer and songwriter. He was known for his role as Spock of the Star Trek franchise, a character he portrayed in television and film from a pilot episode shot in late 1964 to his final film performance released in 2013.

Nimoy began his career in his early twenties, teaching acting classes in Hollywood and making minor film and television appearances through the 1950s, as well as playing the title role in Kid Monk Baroni. Foreshadowing his fame as a semi-alien, he played Narab, one of three Martian invaders, in the 1952 movie serial Zombies of the Stratosphere.

In December 1964, he made his first appearance in the rejected Star Trek pilot "The Cage", and went on to play the character of Spock until the end of the production run in early 1969, followed by eight feature films and guest slots in the various spin-off series. The character has had a significant cultural impact and garnered Nimoy three Emmy Award nominations; TV Guide named Spock one of the 50 greatest TV characters.

After the original Star Trek series, Nimoy starred in Mission: Impossible for two seasons, hosted the documentary series In Search of..., narrated Civilization IV, and made several well-received stage appearances. He also had a recurring role in the science fiction series Fringe.

Nimoy's public profile as Spock was so strong that both of his autobiographies, I Am Not Spock (1975) and I Am Spock (1995), were written from the viewpoint of sharing his existence with the character. In 2015 an asteroid was named 4864 Nimoy in his honor

In September 2016, For the Love of Spock, a feature-film documentary that covered his life and career, was released.