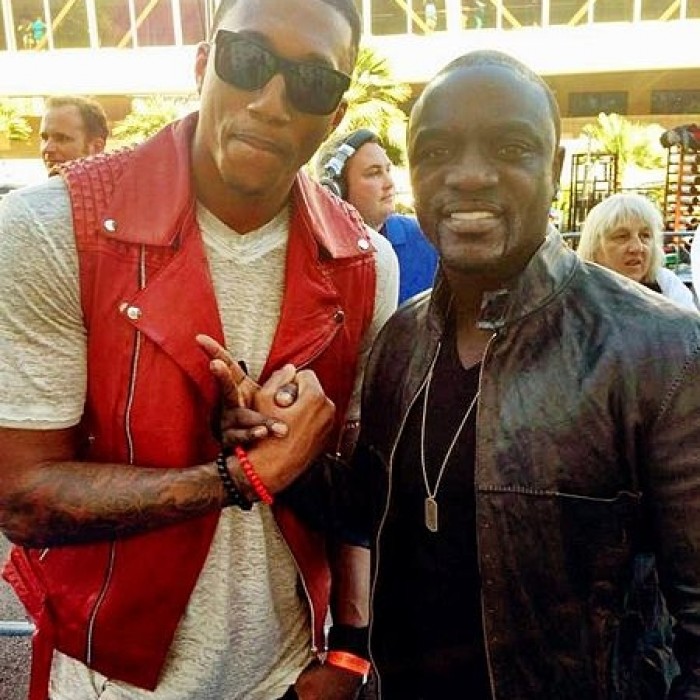 Lecrae Devaughn Moore (born October 9, 1979), mononymously known as Lecrae, is an American Christian hip hop artist, songwriter, record producer and actor. He is the president, co-owner and co-founder of the independent record label Reach Records, and the co-founder and president of the non-profit organization ReachLife Ministries.

To date, he has released seven studio albums and three mixtapes as a solo artist, and has released three studio albums, a remix album, and one EP as the leader of the hip hop group 116 Clique. He produced much of his earlier material along with other early Reach Records releases. Lecrae, in reference to his label as a Christian rapper, has stated that his music is just hip hop, though it reflects his Christian faith. In May 2016, Lecrae signed to Columbia Records in a joint deal between his label and Columbia.

Lecrae debuted with Real Talk in 2004 through Reach Records. His third solo album, Rebel, released in 2008, became the first Christian hip hop album to reach No. 1 on the Billboard Gospel chart. Rehab followed in 2010, and Lecrae began attracting mainstream attention when he performed at the 2011 BET Hip Hop Awards Cypher and appeared on the Statik Selektah song "Live & Let Live" from Population Control.

On May 10, 2012, Lecrae released his first mixtape, Church Clothes, which was hosted by DJ Don Cannon. Considered his breakthrough into mainstream hip hop, the mixtape was downloaded over 100,000 times in less than 48 hours. His sixth studio album, Gravity, came out on September 4, 2012, and has been called the most important album in Christian hip hop history by Rapzilla and Atlanta Daily World.

Lecrae received nominations for Artist of the Year at the 43rd, 44th, 45th, and 46th GMA Dove Awards, the last of which he won, and for Best Gospel Artist at the 2013 and 2015 BET Awards, the latter of which he won, a first for a rap artist. Lecrae's filmography includes a role in the television film A Cross to Bear (2012) and a brief role as Dr. Malmquist in the comedy film Believe Me (2014).

In the social sphere, Lecrae has advocated for the preservation of responsibility and fatherhood as a value among men in the United States, and in 2013 partnered with Dwyane Wade and Joshua DuBois in the multimedia initiative This Is Fatherhood as part of the Obama administration's Fatherhood and Mentoring Initiative. He has also presented on and written about racial tension and injustice in the United States.