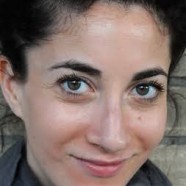 Lauren Oliver (born Laura Suzanne Schechter, November 8, 1982) is an American author of the New York Times bestselling YA (Yes/You/Young Adult)novels Before I Fall, which was published in 2010; Panic; and the Delirium trilogy: Delirium, Pandemonium and Requiem, which have been translated into more than thirty languages. She is a 2012 E.B. White Read-Aloud Award nominee for her middle-grade novel Liesl & Po, as well as author of the fantasy middle-grade novel The Spindlers. Panic, which was published in March 2014, has been optioned by Universal Pictures in a major deal. Academically, Lauren graduated from the University of Chicago, where she was elected to Phi Beta Kappa. She also has a degree from New York University’s MFA program. With Lexa Hillyer, she is co-founder of the boutique literary development company Paper Lantern Lit.

The most prominent of its: tow boks