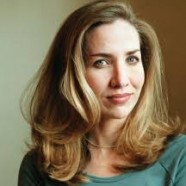 Laura Hillenbrand (born May 15, 1967) is an American author of books and magazine articles. Her two best-selling nonfiction books, Seabiscuit: An American Legend and Unbroken: A World War II Story of Survival, Resilience, and Redemption have sold over 10 million copies, and each was adapted for film. Her writing style is considered to differ from the New Journalism style, dropping verbal pyrotechnics in favor of a stronger focus on the story itself.

Both books were written after she fell ill in college, barring her from completing her degree. She told that story in an award-winning essay, A Sudden Illness, which was published in The New Yorker in 2003. She was 28 years with Borden Flanagan, from whom she separated by 2014.

Hillenbrand's first book was the acclaimed Seabiscuit: An American Legend (2001), a nonfiction account of the career of the great racehorse Seabiscuit, for which she won the William Hill Sports Book of the Year in 2001. She says she was compelled to tell the story because she "found fascinating people living a story that was improbable, breathtaking and ultimately more satisfying than any story [she'd] ever come across.

She first told the story through an essay, "Four Good Legs Between Us", that was published in American Heritage magazine,[2] and the feedback was positive, so she decided to proceed with a full-length book.

The book received positive reviews for the storytelling and research.[3][4] It was made into the Academy Award nominated film Seabiscuit (2003).