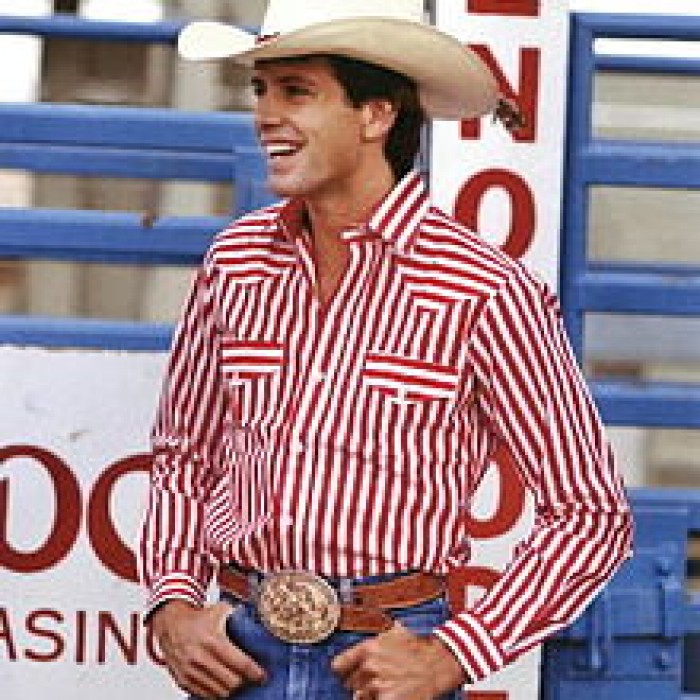 Lane Clyde Frost (October 12, 1963 – July 30, 1989) was an American professional bull rider and Professional Rodeo Cowboys Association (PRCA) member, who died in the arena at the 1989 Cheyenne Frontier Days Rodeo as a result of injuries sustained riding the bull Takin' Care of Business. He died by getting horned in his back and breaking his ribs which stabbed him in the heart.

Frost joined the PRCA and began rodeoing full-time after graduating from high school in 1982. In 1987, he realized a lifelong dream when he became the PRCA World Champion Bull Rider at age 24. That same year, the great bull Red Rock, owned by Growney Bros. Rodeo Company, was voted Bucking Bull of the Year.

In 309 attempts, no one had ever ridden him, and in 1988, at the Challenge of the Champions, Frost rode him in seven exhibition matches and was successful in four out of seven tries. He went on to compete at the Rodeo '88 Challenge Cup held as part of the Cultural Olympiad in association with the 1988 Winter Olympics in Calgary.

After Frost's death, Cody Lambert, who currently resides in Bowie, Texas, one of his traveling partners, and a founder of the Professional Bull Riders (PBR), created the protective vest that all professional cowboys now must wear when riding bulls.

In 1994, the biopic based on Frost's life, 8 Seconds, was released. Luke Perry played the role of Frost. Stephen Baldwin was cast as Frost's best friend, Tuff Hedeman.

After surviving an accident on the last lap of the 2015 Coke Zero 400 at Daytona International Speedway, NASCAR Sprint Cup Series driver Austin Dillon waved to the crowd, with a similar gesture to that of Frost. He later said that it was in tribute to Frost.