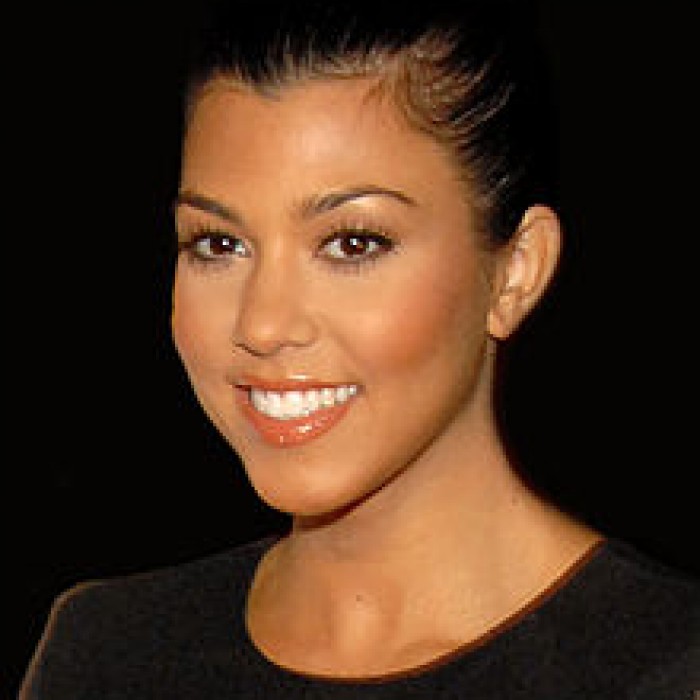 Kourtney Mary Kardashian (born April 18, 1979) is an American television personality, socialite, businesswoman and model. In 2007, she and her family were picked to star in the reality television series Keeping Up with the Kardashians. Its success led to the creation of spin-offs including Kourtney and Khloé Take Miami and Kourtney and Kim Take New York.

With sisters Kim and Khloé, Kourtney is involved in the retail and fashion industries. They have launched several clothing collections and fragrances, and additionally released the book Kardashian Konfidential in 2010.

Kourtney Mary Kardashian was born in Los Angeles, California on April 18, 1979, to parents Robert and Kris. She has two younger sisters, Kim and Khloé, and a younger brother, Robert (Rob). After their parents divorced in 1991, Kris remarried to the 1976 Summer Olympics decathlon winner Bruce Jenner (now known as Caitlyn) in 1991.

Kardashian also represents the skincare line PerfectSkin with her sisters, which was developed by Dr. Ron DiSalvo for Perfect Science Labs. The three sisters also released a 20-piece collection of jewelry line for the company Virgins, Saints, and Angels, in March 2010. The jewelry is reflective of the their partial Armenian background.