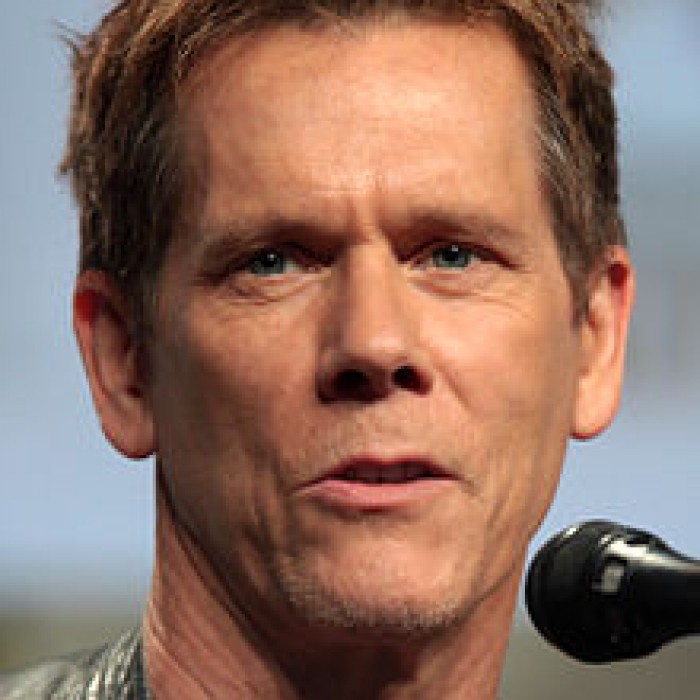 Bacon, one of six children, was born and raised in a close-knit family in Philadelphia. His mother, Ruth Hilda (née Holmes; 1916–1991), taught at an elementary school and was a liberal activist,  while his father, Edmund Norwood Bacon (May 2, 1910 – October 14, 2005), was a well-respected architect and a prominent Philadelphian who had been Executive Director of the Philadelphia City Planning Commission for many years.

At age 16, in 1975, Bacon won a full scholarship to and attended the Pennsylvania Governor's School for the Arts at Bucknell University, a state-funded five-week arts program at which he studied theater under Dr. Glory Van Scott. The experience solidified Bacon's passion for the arts.

Bacon left home at age 17 to pursue a theater career in New York City, where he appeared in a production at the Circle in the Square Theater School. "I wanted life, man, the real thing", he later recalled to Nancy Mills of Cosmopolitan.

In 1980, he had a prominent role in the slasher film Friday the 13th. Some of his early stage work included Getting Out, performed at New York's Phoenix Theater, and Flux, at Second Stage Theatre during their 1981–1982 season.

In 1990, Bacon had two successful roles. He played a character who saved his town from under-the-earth "graboid" monsters in the comedy/horror film Tremors,

In 2000, he appeared in Paul Verhoeven's Hollow Man.Bacon, Colin Firth and Rachel Blanchard depict a ménage à trois in their film, Where the Truth Lies. Bacon and director Atom Egoyan have condemned the MPAA ratings board decision to rate the film "NC-17" rather than the preferable "R". Bacon commented: "I don't get it, when I see films (that) are extremely violent, extremely objectionable sometimes in terms of the roles that women play, slide by with an R, no problem, because the people happen to have more of their clothes on.

Bacon has been married to actress Kyra Sedgwick since September 4, 1988; they met on the set of the PBS version of Lanford Wilson's play Lemon Sky. He has said: "The time I was hitting what I considered to be bottom was also the time I met my wife, our kids were born, good things were happening.

Bacon is the subject of the trivia game titled Six Degrees of Kevin Bacon, based on the idea that, due to his prolific screen career covering a diverse range of genres, any Hollywood actor can be linked to another in a handful of steps based on their association with Bacon. The name of the game derives from the idea of six degrees of separation.

Kevin formed a band called The Bacon Brothers with his brother, Michael. The duo have released six albums.