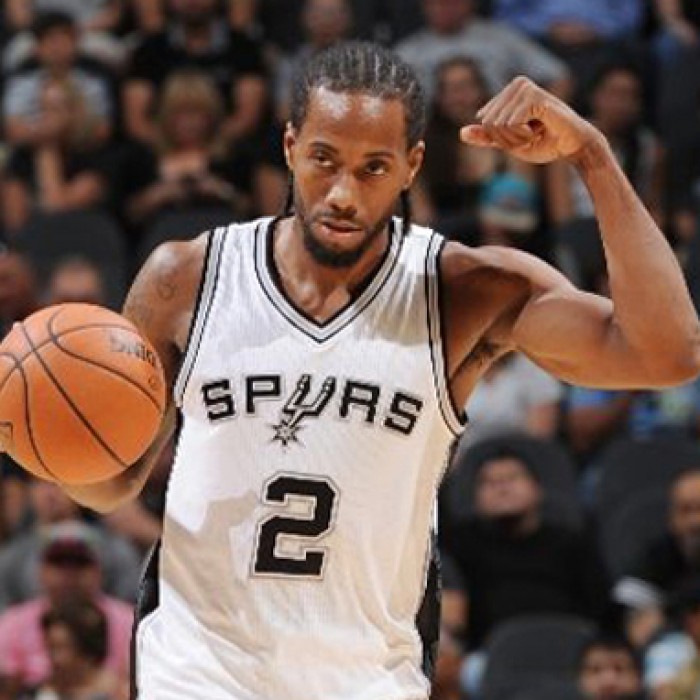 Kawhi Anthony Leonard (born June 29, 1991) is an American professional basketball player for the San Antonio Spurs of the National Basketball Association (NBA). He played two seasons of college basketball for San Diego State University before being selected with the 15th overall pick in the 2011 NBA draft by the Indiana Pacers.

He was then traded to San Antonio on draft night. Leonard won an NBA championship with the Spurs in 2014 and was named the NBA Finals Most Valuable Player. He is a two-time NBA Defensive Player of the Year, having won in 2015 and 2016.

Considered a four-star recruit by Rivals.com, Leonard was listed as the No. 8 small forward and the No. 48 player in the nation in 2009.

As a freshman at San Diego State, Leonard averaged 12.7 points and 9.9 rebounds per game. Leonard helped lead the Aztecs to a 25–9 record and the Mountain West Conference (MWC) tournament title. SDSU received an automatic bid to the NCAA Tournament but lost to Tennessee 62–59 in the first round as Leonard recorded 12 points and 10 rebounds.

On April 15, 2017, Leonard matched his postseason high with 32 points in a 111–82 victory over the Memphis Grizzlies in Game 1 of their first-round playoff series. Two days later, in Game 2, Leonard had a postseason career-high 37 points and added 11 rebounds in a 96–82 win over Memphis to take a 2–0 series lead. In Game 4 of the series in Memphis, Leonard had another post season personal best with 43 points in a 110–108 overtime loss; the loss tied the series at 2–2.