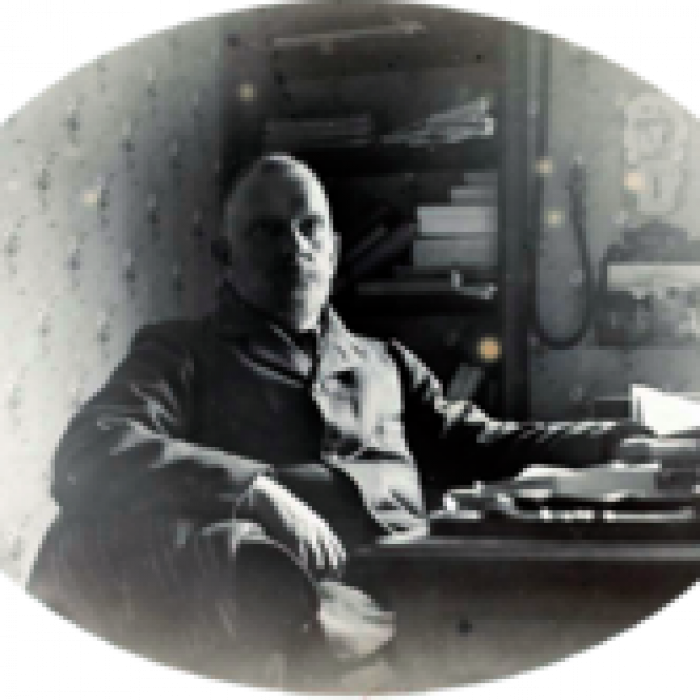 The child of François Renard and Anna-Rose Colin, Renard was born in Châlons-du-Maine, Mayenne where his father was working on the construction of a railroad. Renard grew up in Chitry-les-Mines, (Nièvre). He had three older siblings including Amélie (born 1858), who died at a young age.

On 28 April 1888, Renard married Marie Morneau. He and his wife lived at 43 rue du Rocher in the 8th Arrondissement of Paris. He began to frequent literary cafés and to contribute to Parisian newspapers.

Some of Jules Renard's works take their inspiration from the countryside he loved in the Nièvre region. His character portraits are sharp, ironic and sometimes cruel (in his Histoires naturelles he humanizes animals and animalizes men) and he was an active supporter of pacifism and anticlericalism (apparent in La Bigote).

His journal (1887 to 1910, published in 1925) is a masterpiece of introspection, irony, humor and nostalgia, and also provides an important glimpse into the literary life.

The English writer Somerset Maugham was influenced to publish his own well-known journals by the example of Renard. In the introduction to his own work A Writer's Notebook, Maugham wrote an apt summary of the virtues of Renard's journal: "The journal is wonderfully good reading. It is extremely amusing.

The American novelist Gilbert Sorrentino based his 1994 work Red the Fiend on Renard's Poil de carotte. For a great part, the 2008 memoir Nothing to Be Frightened Of by the English novelist Julian Barnes is a homage to Jules Renard.

Renard is one of several popular philosophers whose quotations appear on the road signs of Project HIMANK in the Ladakh region of northern India. On one such sign in the Nubra Valley, he is quoted as saying Laziness is nothing more than the habit of resting before you get tired.